My last layover before my annual leave was here and I was very excited to be off to Taiwan. I was actually rostered another Saint Petersburg flight but I swapped it for Taiwan as it is a brand new city for me and I’ve heard great things about it.

The only terrible thing was the departure time out of Dubai. I reported to work at 02:30am and we took off at 04:30am – it should definitely be illegal going to work at that time! The flight over to Taiwan ended up being 9 hours because of a few delays, so we finally reached the city around 8pm. We had an interesting crew bus too which felt more like a club rather than a bus!

After we got off the bus at our hotel, there is a Taiwanese guy that waits outside the hotel selling compression tights for the crew. Literally, all the crew I meet on board buy their tights from Taiwan so I thought I’d give them a go as well. He gives you a free pair to try out on the layover and then you can make an order and he’ll drop them off at the hotel – such a good little business and very handy for us crew!

After I got to my beautiful hotel room, I changed quickly and headed in the direction of the night market in search for some street food.

I walked for about 10 minutes to the Banqiao Night Market and couldn’t believe how much Taipei reminded me of Japan! I wasn’t expecting it to be so heavily Japanese influenced as I imagined it to be more similar to China. I’d say it is a cross between Tokyo and Bangkok as the streets are a little bit more rough around the edges than Japan and lots of motorbikes! 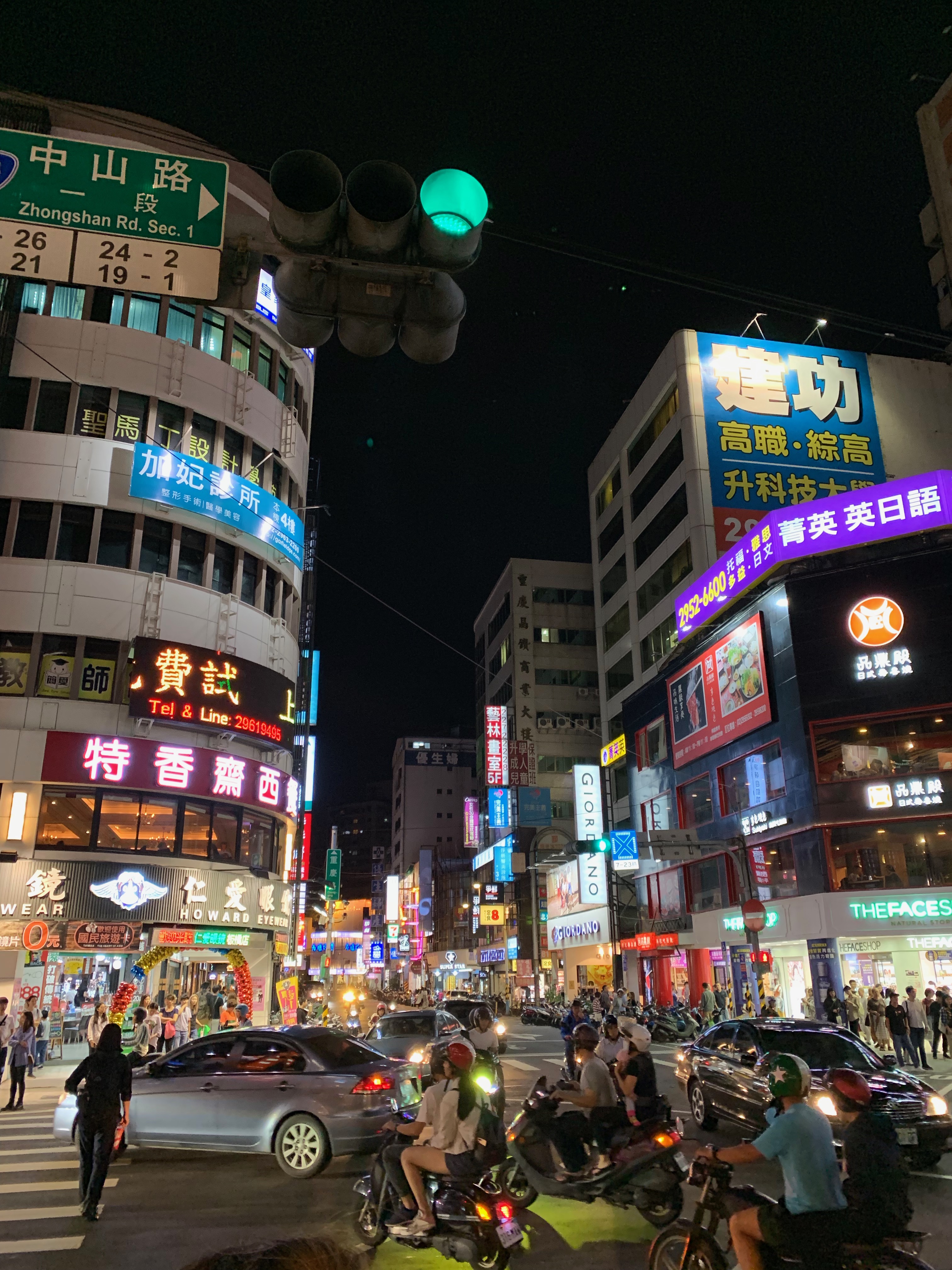 I had a look at the clothing stalls and bought myself a new iPhone case then I carried on walking to the food stalls looking for something to eat. I’m not the fussiest of eaters and I will try most things, but I did struggle to find something that I liked the look of! 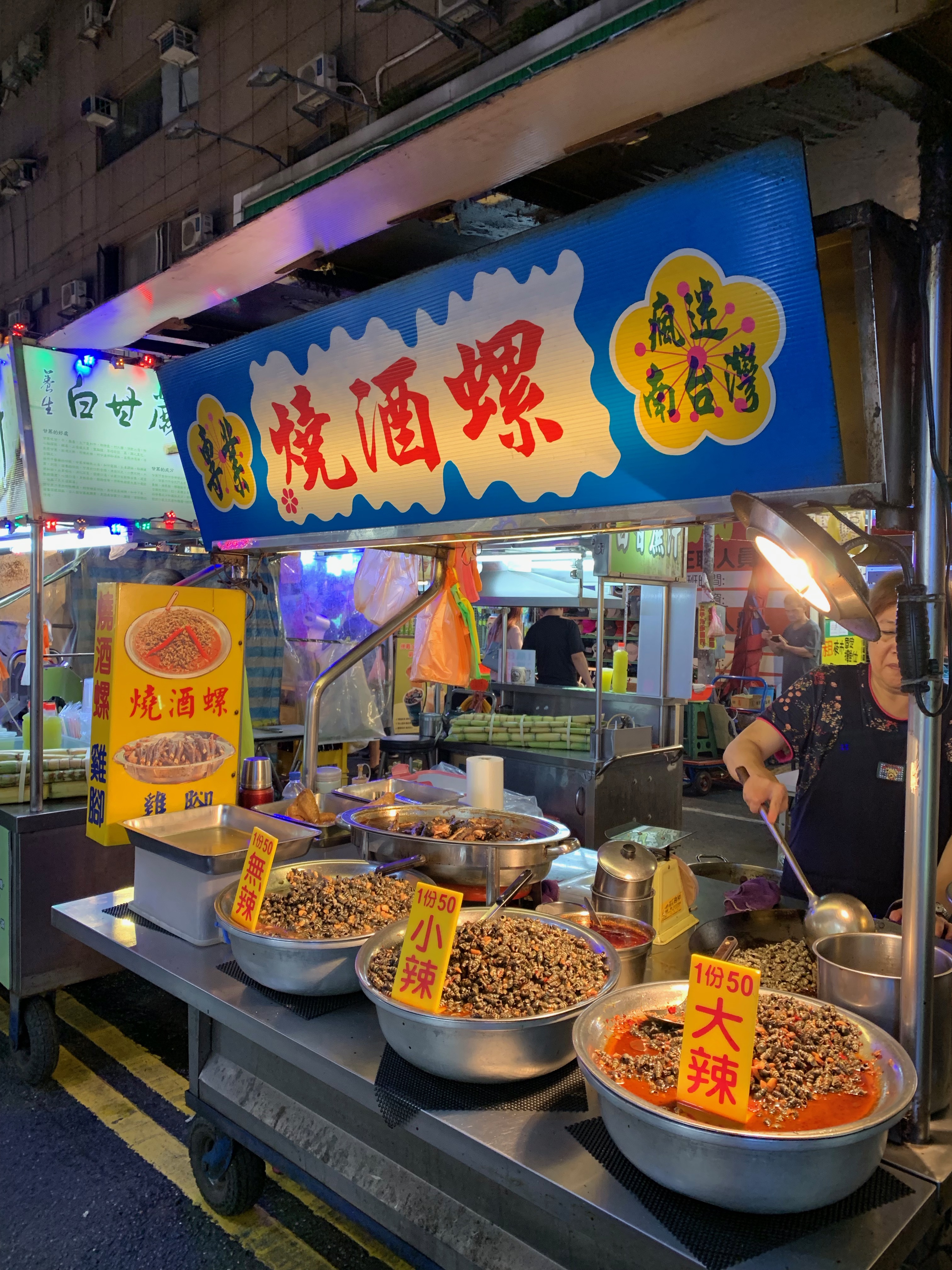 I settled for a place which seemed popular with locals and ordered stir fried noodles with pork which I thought was quite a safe option! Turns out they were actually quite nice!

I then fancied something sweet, so after reading Jessica’s post about the time she was in Taiwan, I thought I would try the sticky toffee strawberry’s (with a tomato?!) on a stick. It is definitely a weird combination but strangely quite nice!

As it was quite late now and I was feeling pretty tired, I walked back to the hotel, stopping off at FamilyMart for some snacks. I caught up on some FaceTime with family and then went to sleep around midnight.

The next morning, I woke up around 8am as I was planning to climb Elephant Mountain to see the nice views of the city. It started off lovely and sunny, and then just as I was about to leave, all dressed in my gym gear, the heavens opened! I waited around in the room for a few hours for the rain to stop, and although it did,  the sky was really misty so I didn’t think it would be a good idea to do the mountain – a little bit disappointing but at least I have something to do the next time I visit!

Instead, I googled shopping areas and decided to go to Ximending which is a really trendy area known as the “Harajuku” of Taipei. I loved Harajuku in Tokyo so thought it would be a good idea to have a look there and use up some of my allowance!

I took the metro from Fuzhong to Ximen and then came out of Exit 6 which brings you right to the start of the shopping street.

The area was buzzing with both locals and tourists all shopping, eating and drinking. It had a really nice atmosphere and I loved looking in all the different shops. First things first was to try some traditional Taiwanese bubble tea seeing as it originates here. I’ve only ever tried bubble tea once in London, years ago, and I nearly heaved when I sucked up the jelly balls so I never tried it again since! However, I was determined to give it another go, so I found somewhere with a long queue which I thought was a good sign. 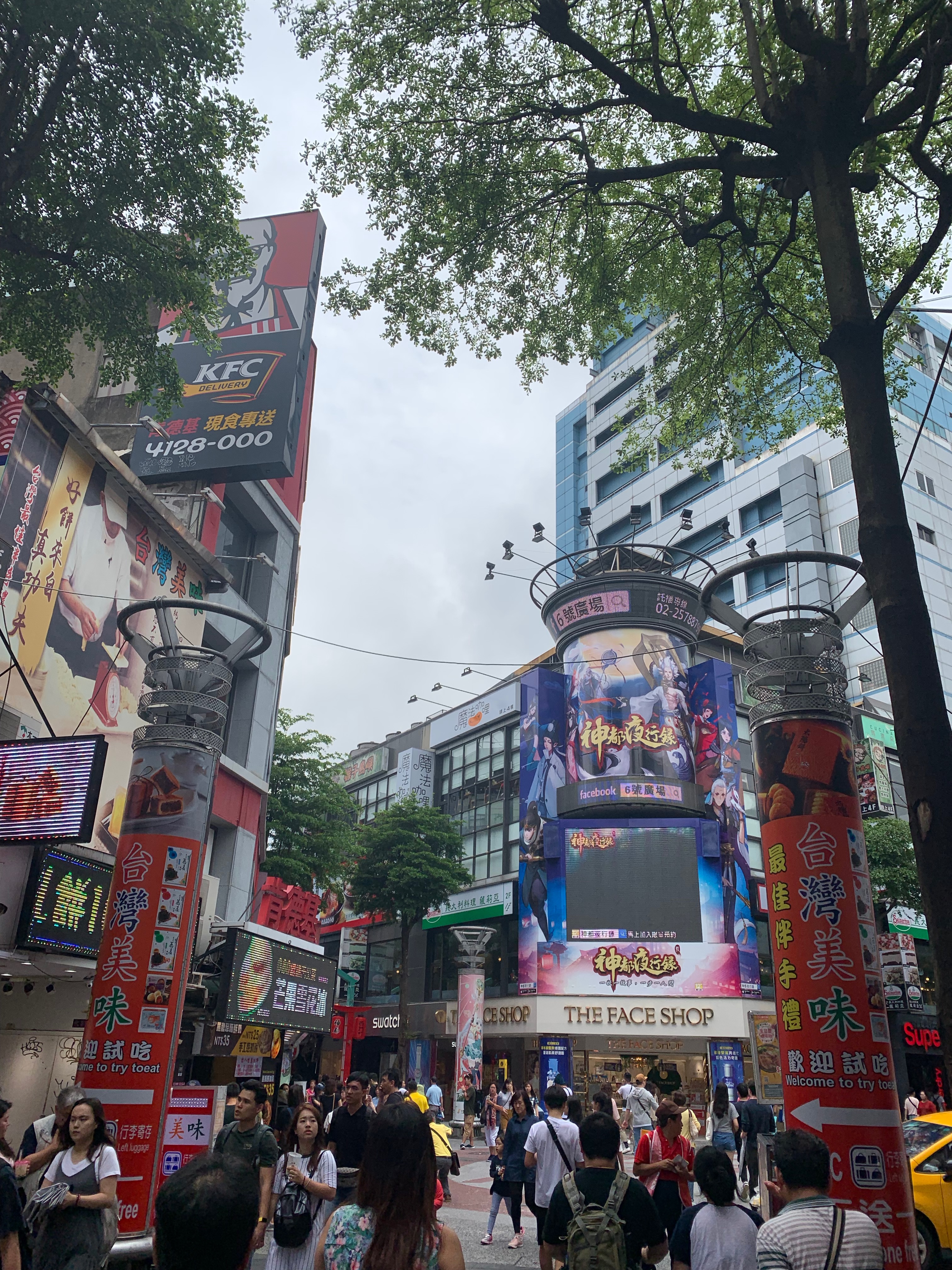 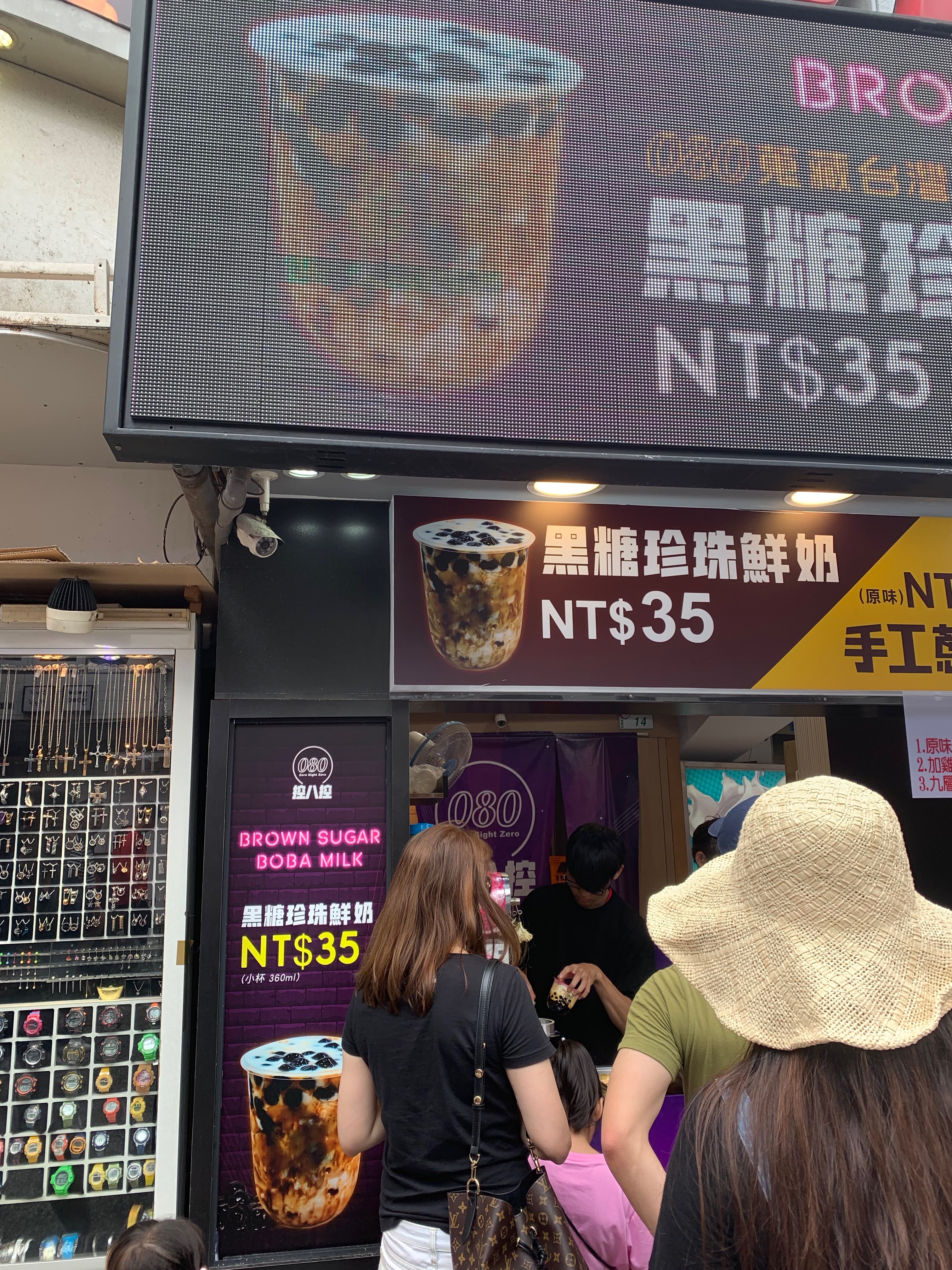 I loved the sweet milk but the jelly balls are just not for me! Glad I tried it again though! I carried on walking around and also found out the Taiwanese are obsessed with IKEA!? They had IKEA key rings, tote bags and even a machine where you could win an IKEA shopping bag – how bizarre!

I bought myself some earrings and some cosmetic bits, then stopped off in KFC for some lunch. The weather actually brightened up later on which was a bit annoying as I probably could have climbed the mountain, but I was equally glad that I got to visit Ximending.

I then decided to make my way back to the hotel and have a few hours rest before the pick up. I was buying my ticket in the metro station when I saw loads of people going in and out of this photo booth. I thought I’d take a look and ended up getting a picture of myself – so random and so typically Asian!

I got back to Fuzhong, and right opposite my hotel was a massage place, so I decided to treat myself to a 60 minute foot massage – why not!

I came back to my hotel room, so relaxed after my foot massage, and then thought I’d make the most out of the massive bath tub in the room! I ran myself a hot bubble bath and then had enough time to squeeze in a few hours sleep before the pick up.

It was a shame I didn’t get to do everything I had planned, or even, get a glimpse of the Taipei 101, however, I still had a lovely layover and enjoyed my time in Taiwan very much. Hopefully I’ll come back when the weather is better as there is still so much to see and do here.

I now have 10 days annual leave which I am SO excited about as I am heading home to London.

Look to the future