My next layover was to Munich, and what made it even better was that Mamdouh managed to swap his flight to Bologna to come on my flight! It is so much better flying with someone you know so I was very excited for this trip. I have been to Munich before I worked for Emirates for a city break, but that was 4 years ago now so I was looking forward to going back.

After a nice and easy 6 hour flight over to Munich, we reached the hotel around 10pm and rushed out to find a restaurant that was still open. We found a Lebanese restaurant a short walk from the hotel and got some dinner.

Riding around Munich on our scooters

We arrived in the English Garden which was looking beautiful with all the autumn trees. Living in Dubai feels like it is Summer all year round so it was nice to experience a different season and dress in cosy clothes! 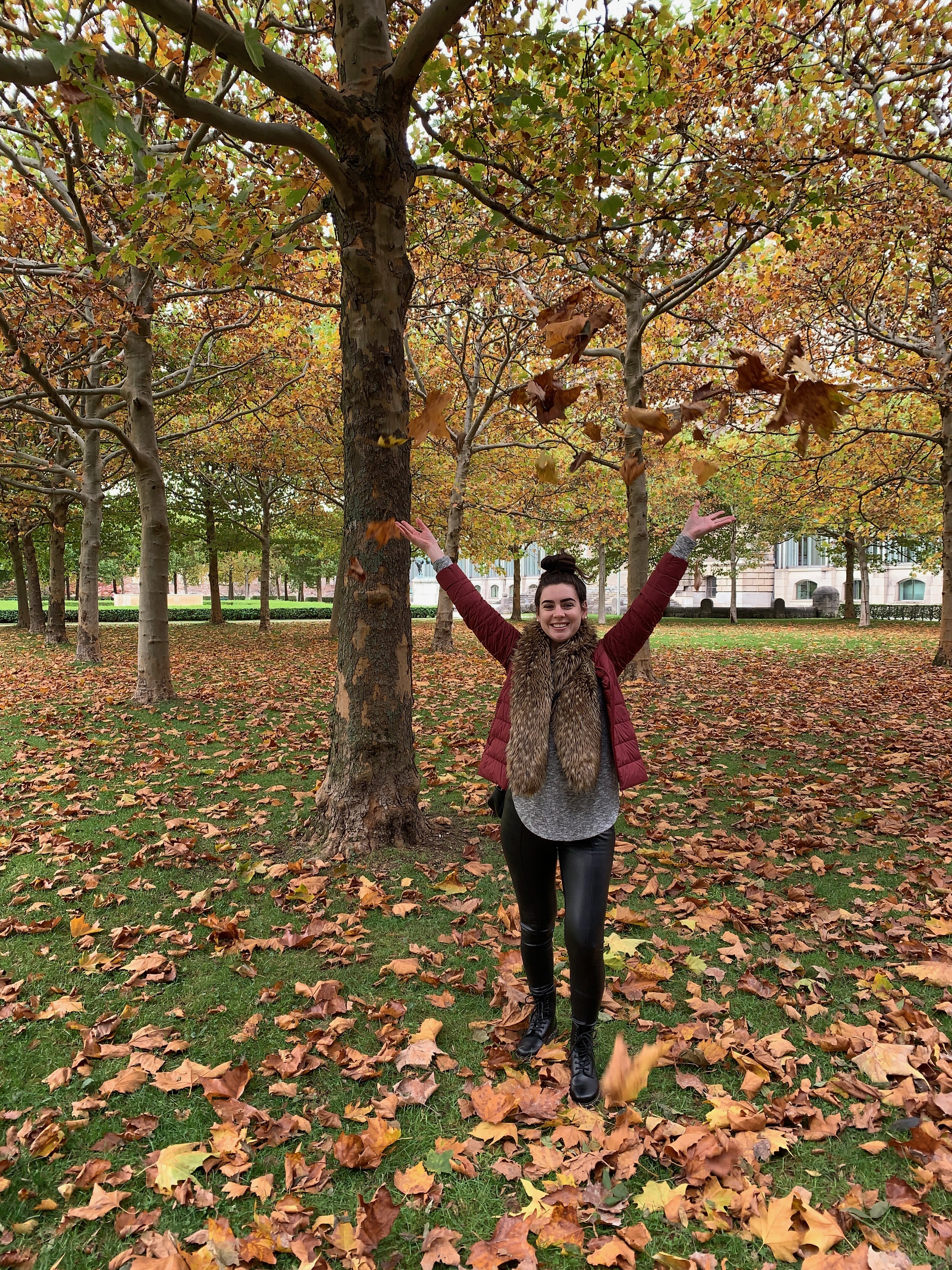 I remember being fascinated with the surfers in the English Garden the last time I visited so I made sure we went back there and watched them. They really are so good and I think it’s such a great hobby to have that they can practice right in the heart of the city! 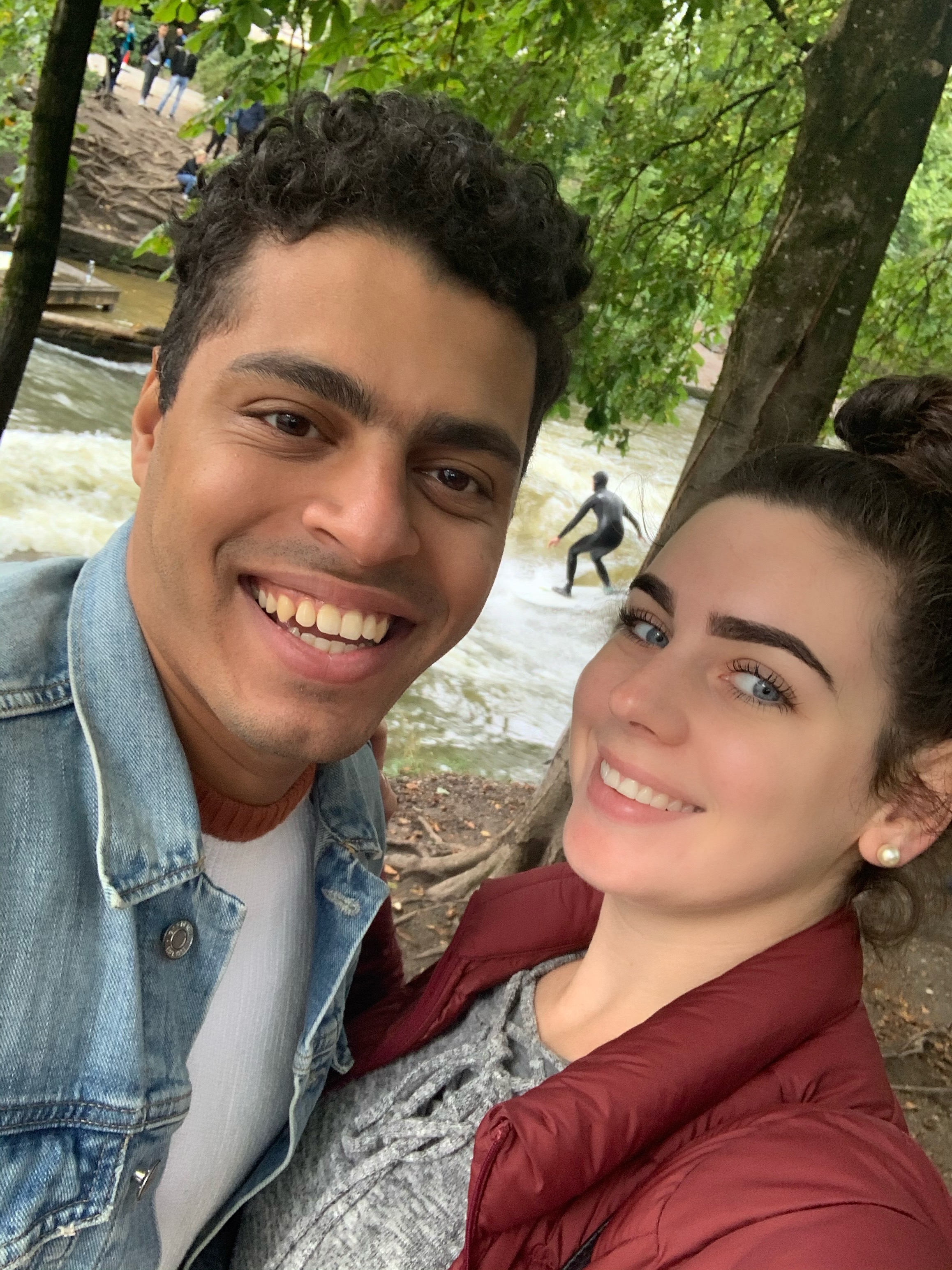 We carried on riding our scooters around the gardens and stumbled across so many pretty areas. 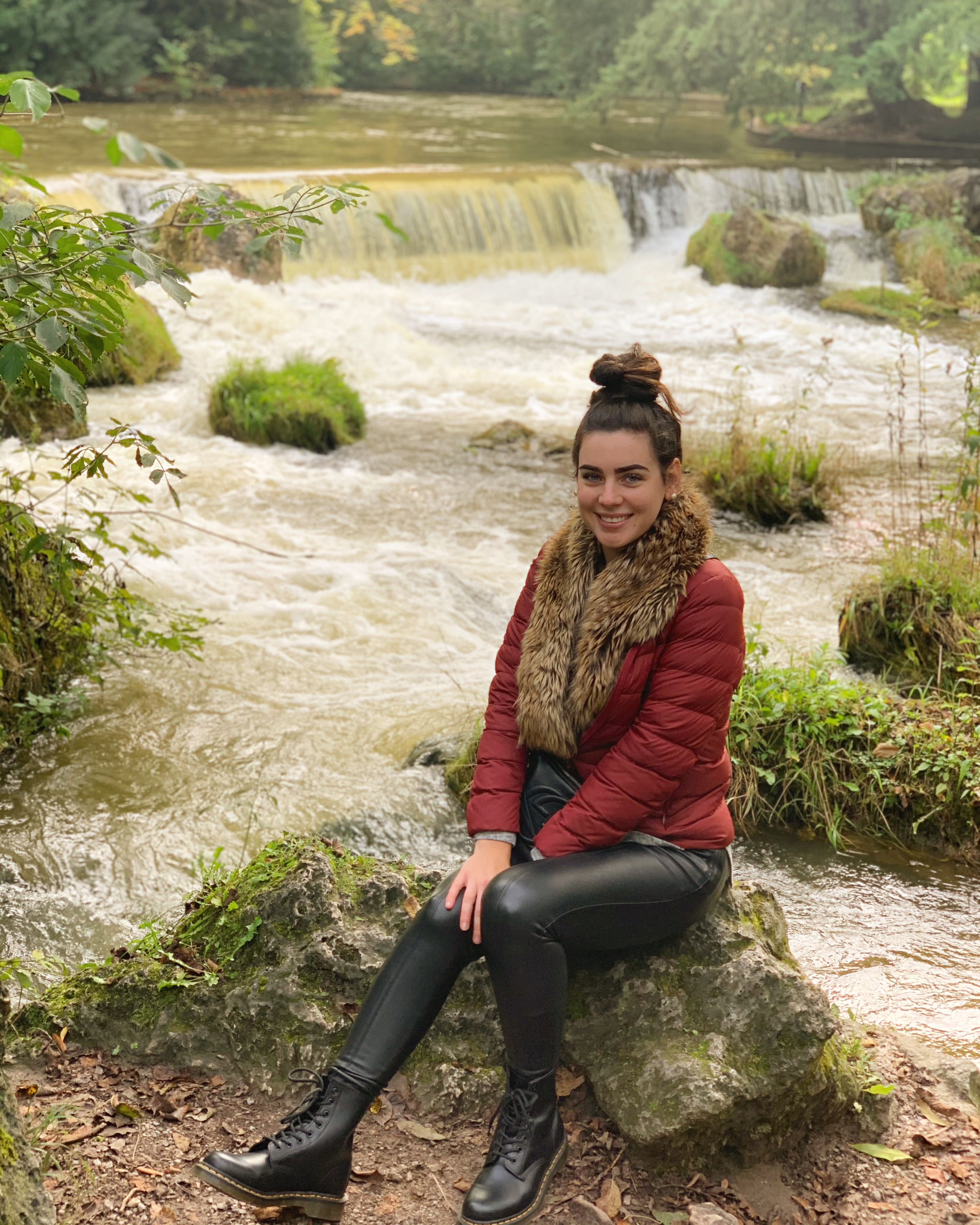 We then made our way back towards Marienplatz to have a look in some of the shops and stop off for a hot chocolate.

We had the perfect day exploring Munich – it really is the best thing getting to work and travel together! That night, we flew back to Dubai and arrived around 8am the following day.

I was actually rostered two back-to-back Munich flights, so a couple of days later, I found myself flying back to Munich, but this time without Mamdouh! I thought I may as well include it in this post instead of writing a separate one. The flight timing was slightly different as I arrived into Munich in the morning so once I reached the hotel, I got straight into bed and ended up sleeping until 4pm!!

I woke up all refreshed and then began getting ready as I was meeting my friend Leonie in the city. Leonie is German and one of my good friends who I lived with when I was studying in Bangkok back in 2013! We have always kept in contact and the last time I was in Munich I met up with her so I was really excited to have a catch up as it had been a couple of years since our last get together.

We ended up going for pizza at a place called Hungriges Herz where the pizzas are heart shaped. It was such a lovely evening, we sat for hours chatting and then walked around the city.

I got back to the hotel around 9pm and of course, I was wide awake all night as I had slept all day! I stayed up watching TV programmes on my laptop, whilst ordering a couple of rounds of room service!! The next morning we left pretty early and then flew back to Dubai.

I had two great layovers in Munich and I have now officially flown to every German city that Emirates flies to. It was a shame I missed Oktoberfest (by one day) but I still had such a good time with Mamdouh and then meeting my friend Leonie.

Look to the future