Time to finally post about my holidays! This was my first proper holiday since being at Emirates, and also my first holiday with Mamdouh. We decided to go somewhere we both had never been, and also somewhere that Emirates doesn’t fly to so it would be more special. We decided on Mexico, and then a few days in Miami.

We departed Dubai on the 02:10 flight to Fort Lauderdale and 15 hours later, we arrived in sunny Florida. I have never travelled as a passenger for that long before, but it was absolutely fine and somehow went really quickly! We had a row to ourselves so we managed to get lots of sleep. 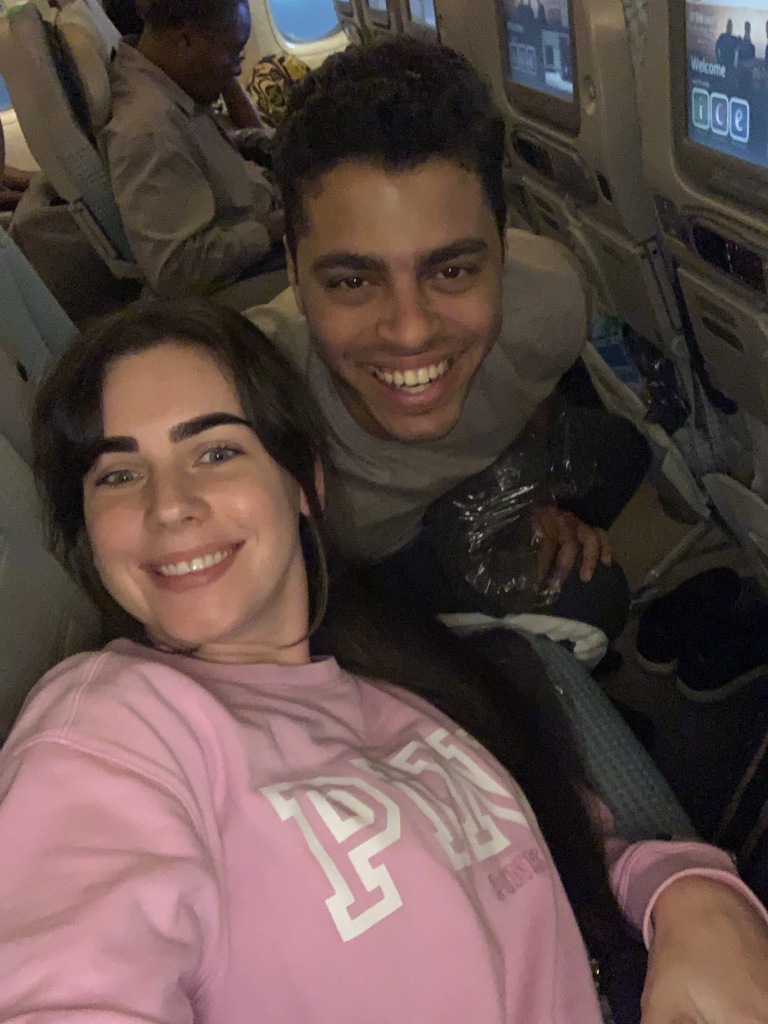 We connected in Fort Lauderdale airport onto a JetBlue flight to Cancun International Airport and landed around 4pm in the afternoon. We were staying in a beautiful resort in the Hotel Zone as we planned to relax and do nothing for most of the holiday as work can be so exhausting. We was really looking forward to just chilling on the beach for a week.

Within an hour of arriving, we changed and walked down to the beach to explore and see what was going on. I could not believe how beautiful it was and how white the sand was. I’ve been to some incredible beaches in my time, but I think Mexico definitely has the whitest sands and clearest waters. We arrived on 16 September which is Mexico’s Independence Day so they had a huge buffet dinner set up on the beach which looked amazing, but unfortunately the tables were fully booked so we couldn’t have dinner there. 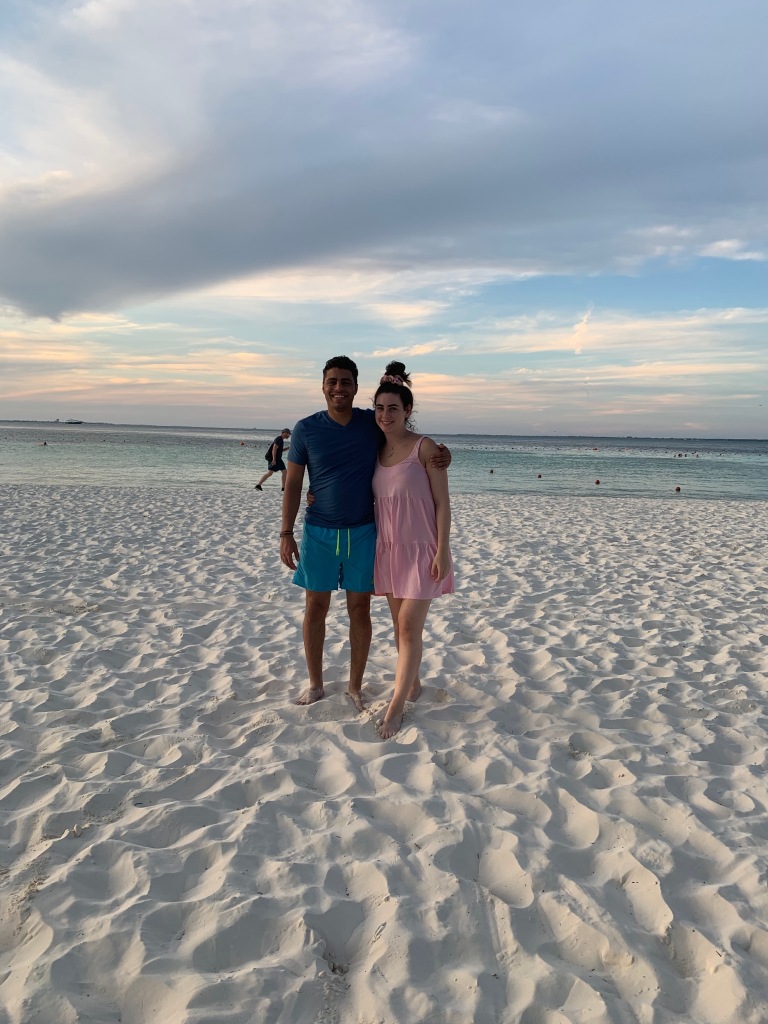 That night, we walked into the town and stopped off at a busy Mexican restaurant called ‘Mextreme’. We ordered fajitas while listening to a traditional Mexican band and wearing the huge sombrero hats!

The next day, we headed down to the beach and picked our spot. The weather was absolutely perfect. I was worried it would be raining or overcast as I had read online that September wasn’t particularly the best time to visit Mexico, however, every single day was amazing, with blue skies and sun. We swam, rented a kayak and played giant Jenga and chess. It was such an amazing start to the holiday. We were fascinated by the iguanas around the resort that were literally everywhere!!

That night, we got on a bus and went towards La Isla Shopping Village. We ate in a restaurant nearby and then walked around the shopping village. 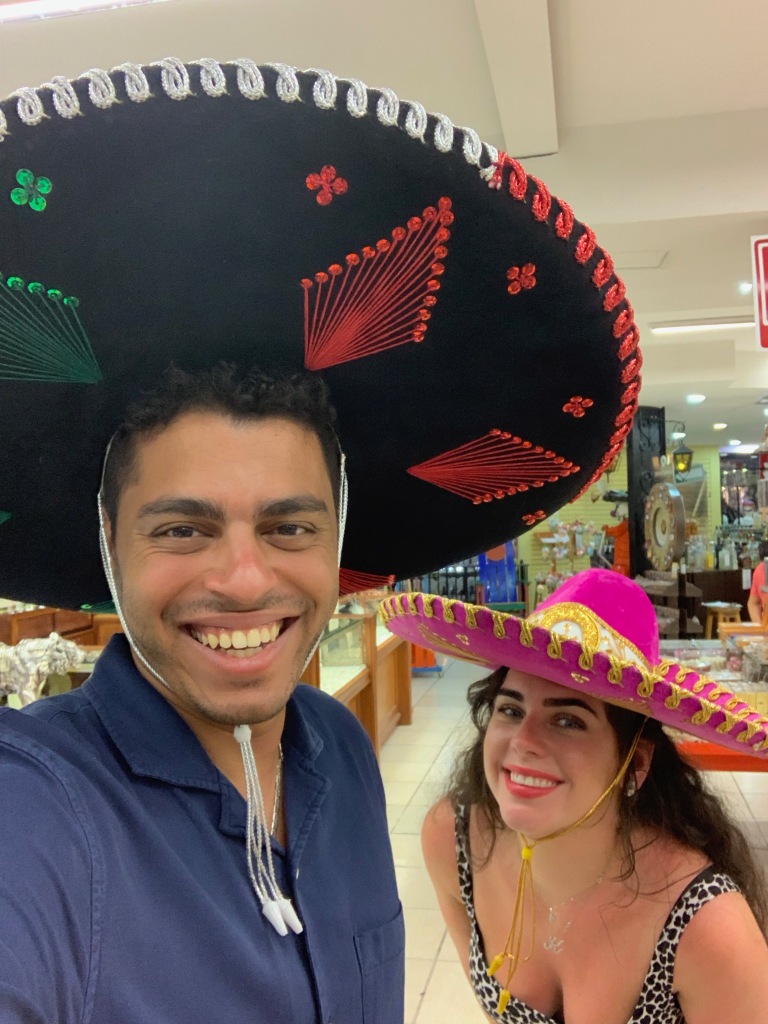 Unfortunately that night, as soon as we got back to the hotel, I got really sick and was up all night with a virus. The next day I could barely get out of bed so we didn’t do anything. Luckily I slept it off and it only lasted 24 hours, so the day after that I was good to go again! Being ill on holiday really is the worst thing, however, after a day resting, we was ready to explore Isla Mujeres.

We took the R1 bus to Puerto Juarez and then bought our ferry tickets directly at the port. The ferry over to Isla Mujeres only took around 20 minutes and dropped us off in pure heaven! It was absolutely BEAUTIFUL! As soon as we got off the ferry, we rented ourselves a golf buggy for the day so that we could drive around the island and see all of the different beaches.

We spent the day beach hopping, snorkelling, eating and driving around on our golf buggy. It was so much fun. We also visited a turtle sanctuary and saw Mayan ruins. 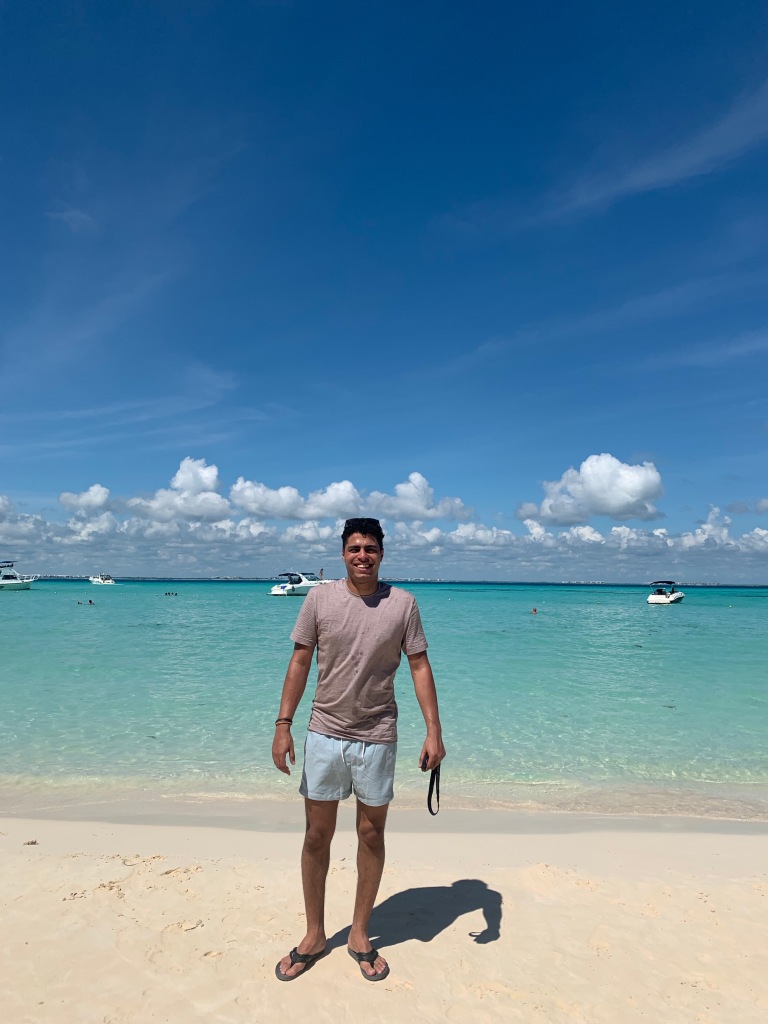 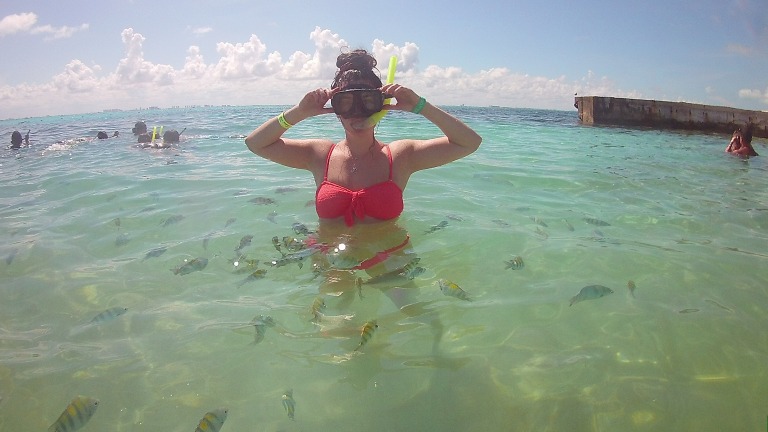 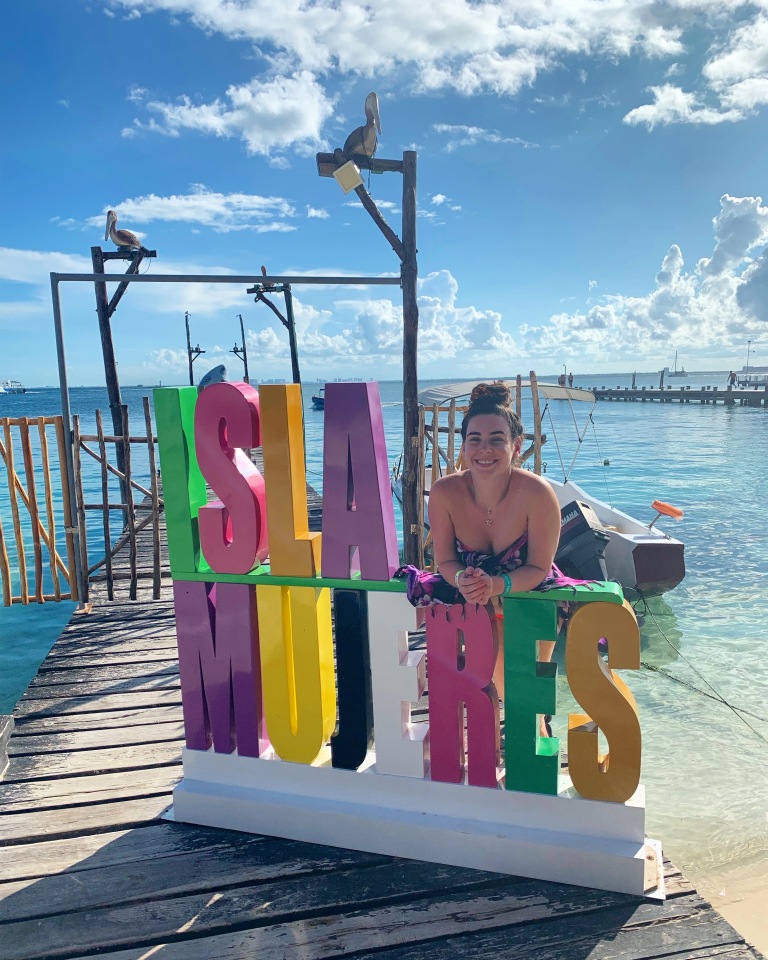 Whilst we were travelling back on the ferry, we saw the most beautiful sunset. It really was the perfect day and I still cannot believe how stunning Mexico is. Over the next few days, we mostly stayed in the resort and went swimming every day, followed by dinner in the town. It felt so nice being on holiday and not looking at the clock all the time wondering when the wake up call would be! 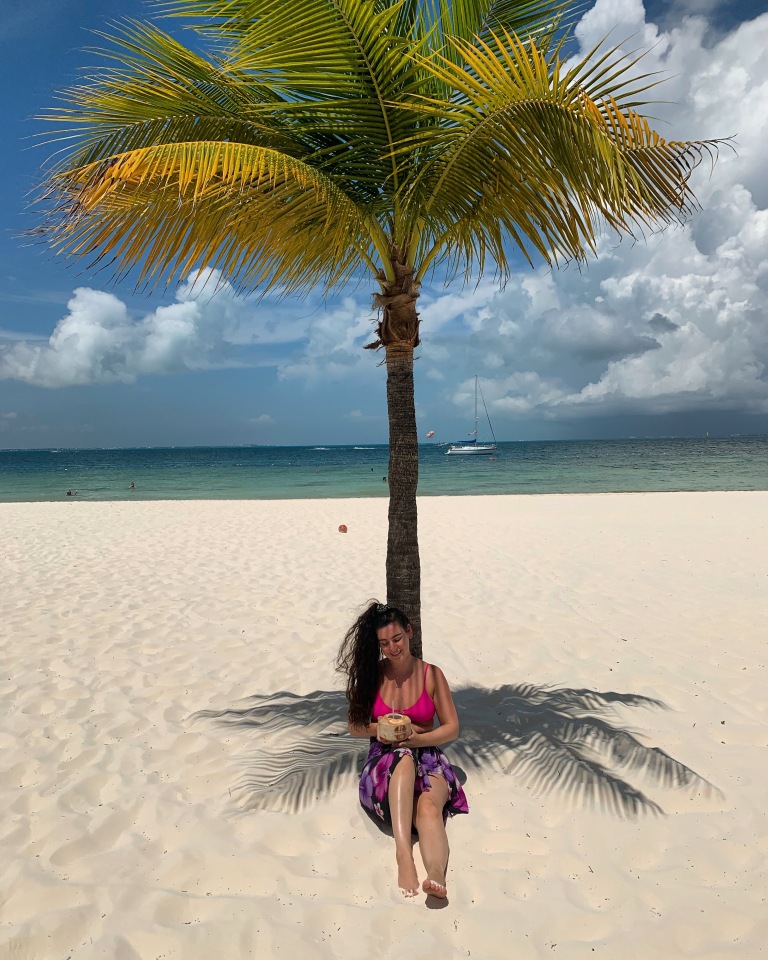 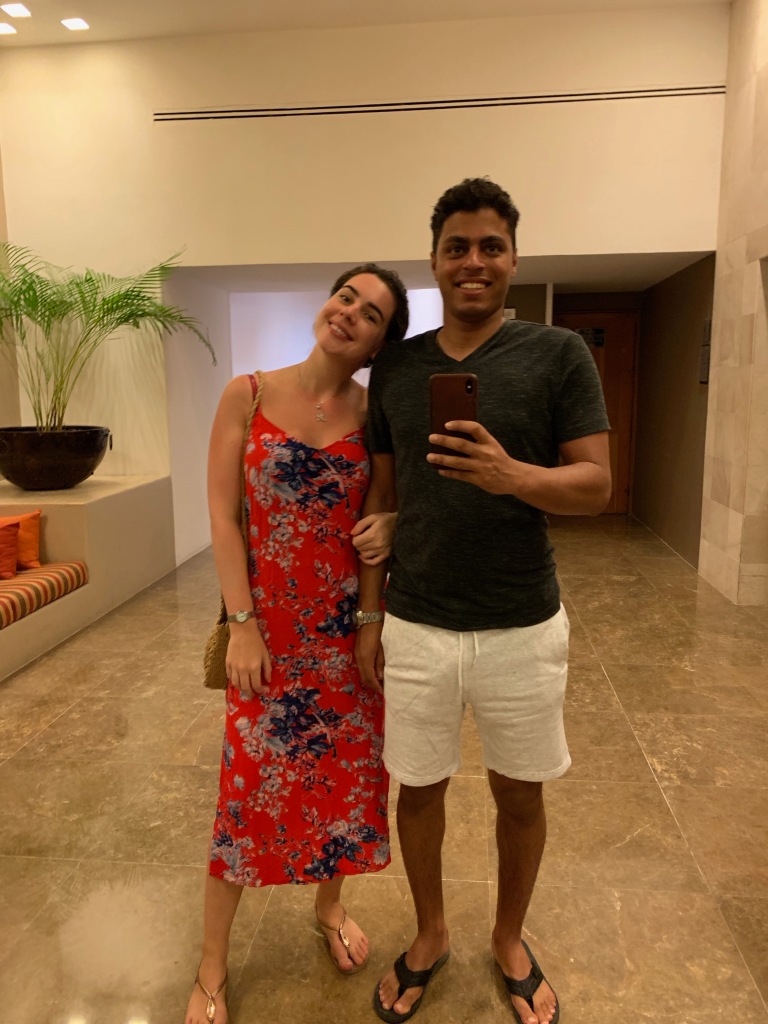 For our last night, we decided to get dressed up and go to the famous Coco Bongo’s. I really had no idea what to expect but I was so excited to see what it was all about. We went for some dinner first, and then stopped by Señor Frog’s before Coco Bongo’s. We are really not big drinkers so we decided to buy our Coco Bongo tickets without the drinks package which also worked out to be a lot cheaper too. We got there around 11pm and made our way in. 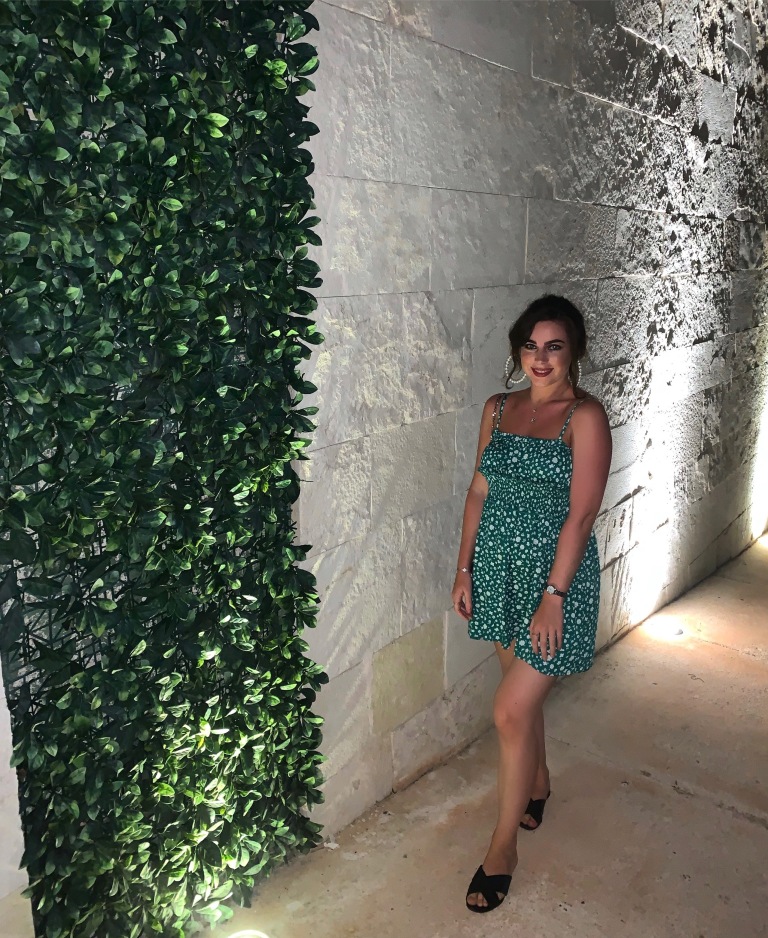 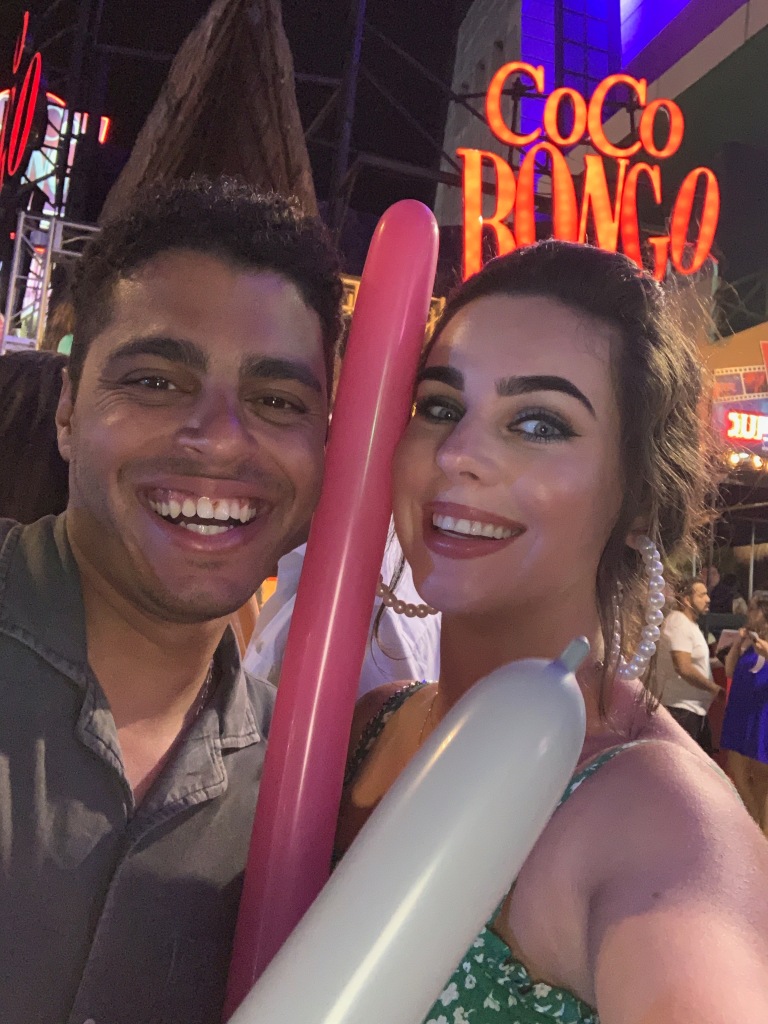 WOW! What an amazing place. Coco Bongo’s really is like nothing I’ve ever seen before and I think everyone should experience it once in their lives! It is so over the top and crazy but I loved every second of it. The only thing that lets it down is the crowds. It is actually a lot smaller that it looks in pictures and it is extremely crowded to its hard to move around and theres people pushing past you every second. However, it was such an amazing night out and I’m so glad we saved it for the last night. 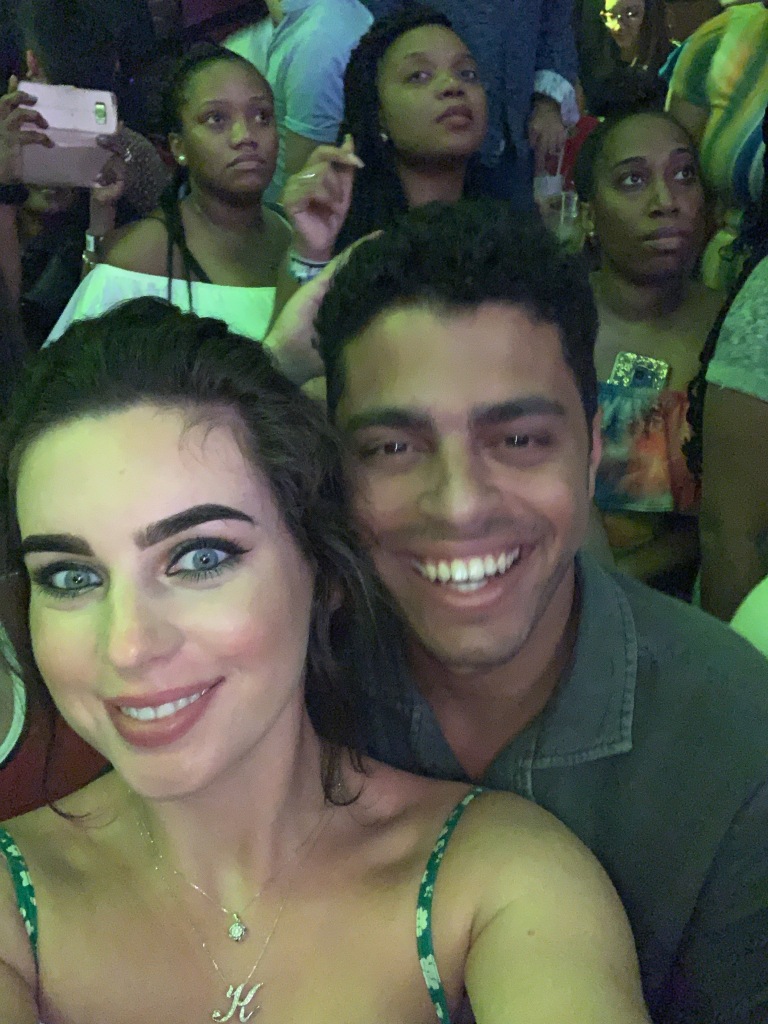 The next day, we packed up our things as it was time to leave beautiful Mexico and start our next adventure to Miami. We booked a last minute B&B in Miami just before we left the hotel then made our way to Cancun airport. We were flying with JetBlue again back to Fort Lauderdale, and it was a bit touch and go as to whether we would make it on the flight as we were on standby, however, right at the last second, they accepted us on and we made our way back to Florida!

We had the most incredible time in Mexico. It was everything I had dreamed about and more. I am still in awe of how beautiful the beaches are and how crystal clear the sea is. We enjoyed every second and made such great memories.