I am now back in Dubai after my 10 days annual leave and trying to catch up on what I got up to during my holidays. After spending a week back home in London, my Mum and I planned a city break trip to Berlin. Berlin is somewhere I’ve always been interested in visiting and as Emirates doesn’t fly there, we thought it would be a good idea to go there ourselves! I booked us British Airways flights from City Airport in London which was the best thing I ever did as it literally took 15 minutes to get there from our house instead of a nearly 2 hour journey from Gatwick/Heathrow!

The flight was really good and we even got a little snack which we were both not expecting! It only took an hour or so and before we knew it, we were touching down in Berlin Tegel Airport. We took the airport shuttle bus into the city which only cost €2.80! Our hotel was nearby to Alexanderplatz so we got off there and then found our hotel.

The hotel was basic but it was fine for the both of us. We dumped our stuff and then went out straight away as by this time it was around 4pm and we wanted to have a little look around and then get some dinner. We walked to Alexanderplatz, got ourselves a Starbucks and then decided to go up into the TV Tower.

As it was quite late in the afternoon, there were no queues for the tower so we went straight up. Whilst we was buying the tickets, we decided to challenge each other to do the most ridiculous and outrageous poses for photos during the whole trip. We got started straight away…

The views from the top were really nice and it helped us get our bearings. We also spotted lots of the main sights from above so it was nice to see them from a different perspective. We stayed for around 30 minutes, reading all the information and then headed back down as we were feeling hungry at this point.

We walked past a restaurant called Block House which was seemed really popular so we thought we’d give it a go. It turned out to be the nicest meal ever! We had steak and jacket potato which was their signature dish, and it was one of the nicest dinner’s we’d both had in a long time! 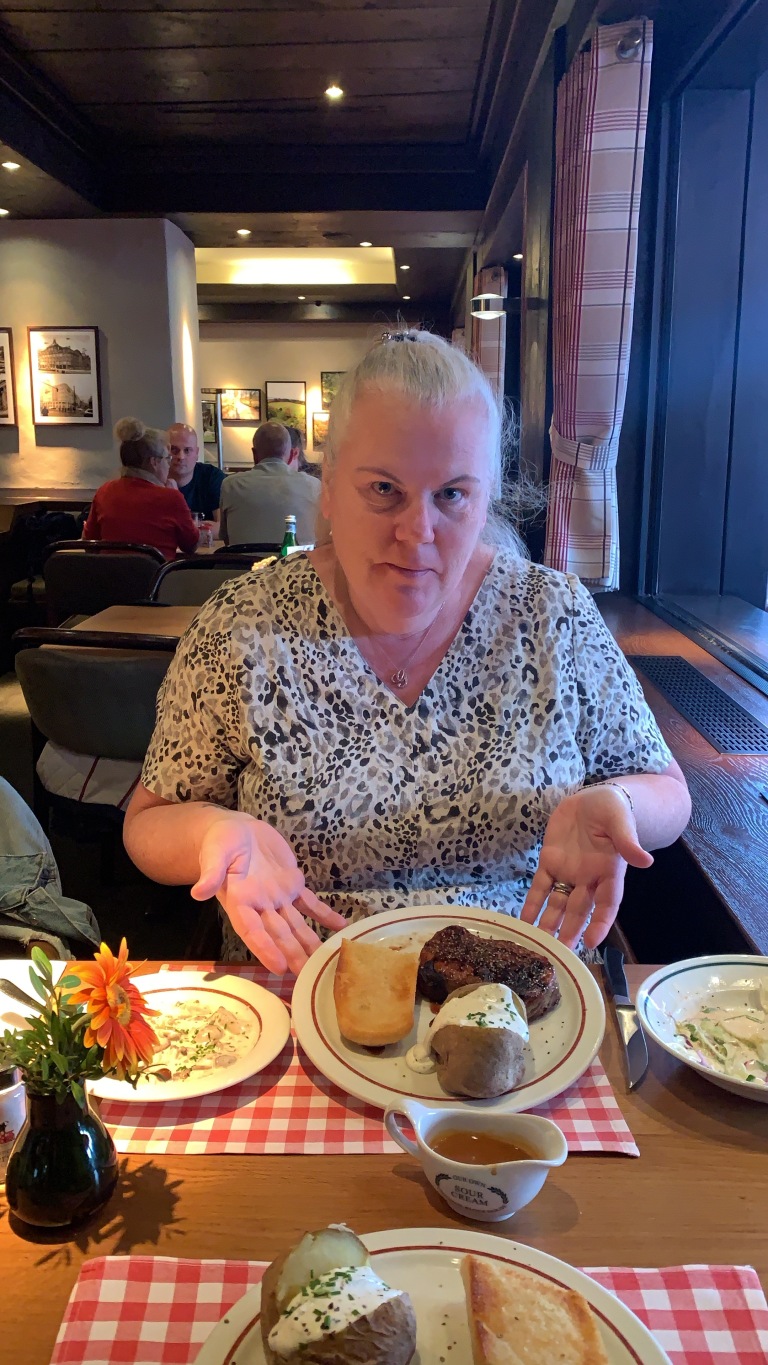 We then did a little bit of shopping in the local supermarket and then made our way back to the hotel to get some sleep before a busy day of sightseeing! 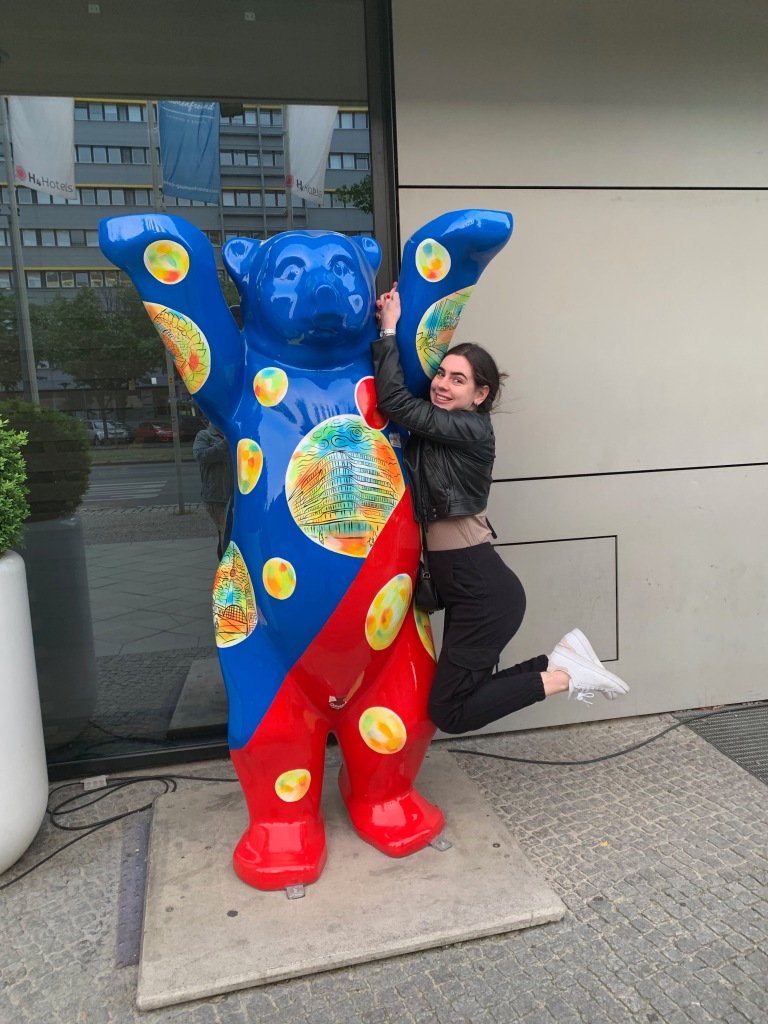 The next morning, after having some breakfast downstairs in the hotel, we got on the bus to the Bradenburg Gate and then met outside Starbucks for the free walking tour. We had a brilliant tour guide called Maxwell who was so informative and took us all around to the most notable sights. The first stop was the Gate, followed by the Memorial to the Murdered Jews of Europe. 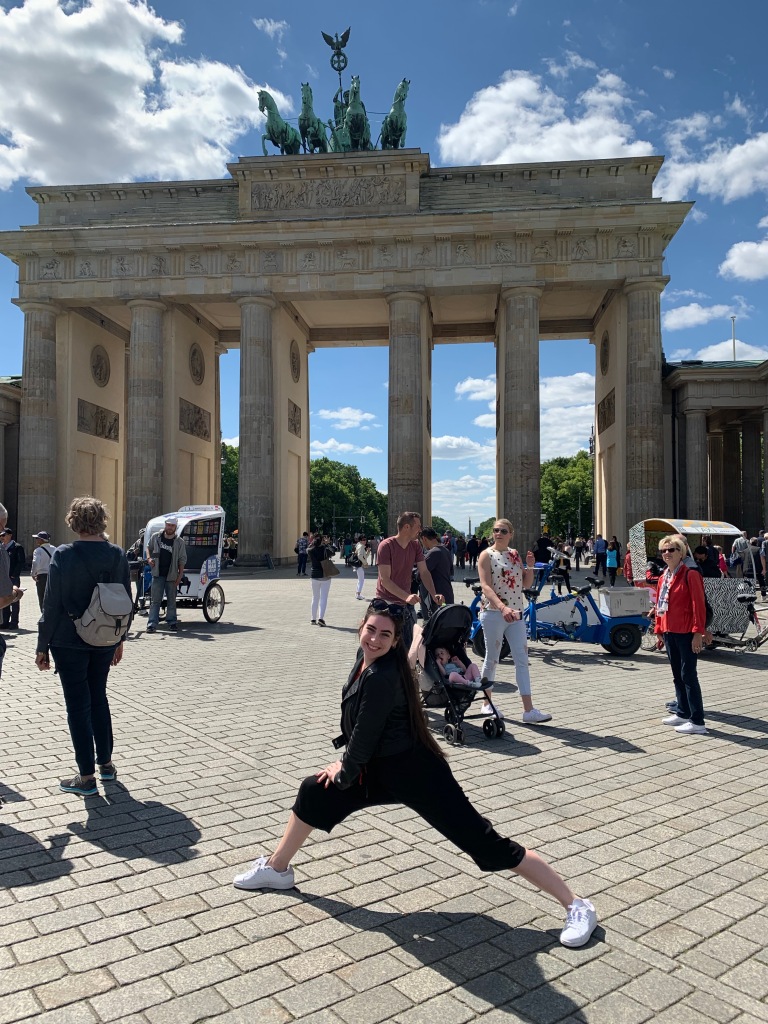 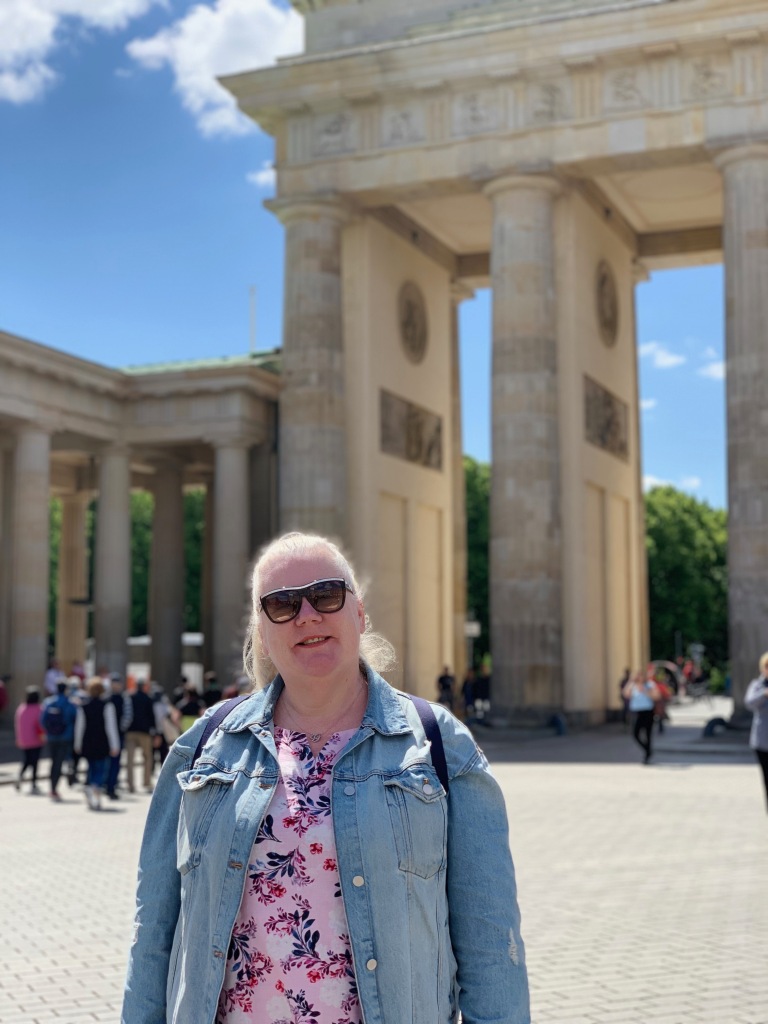 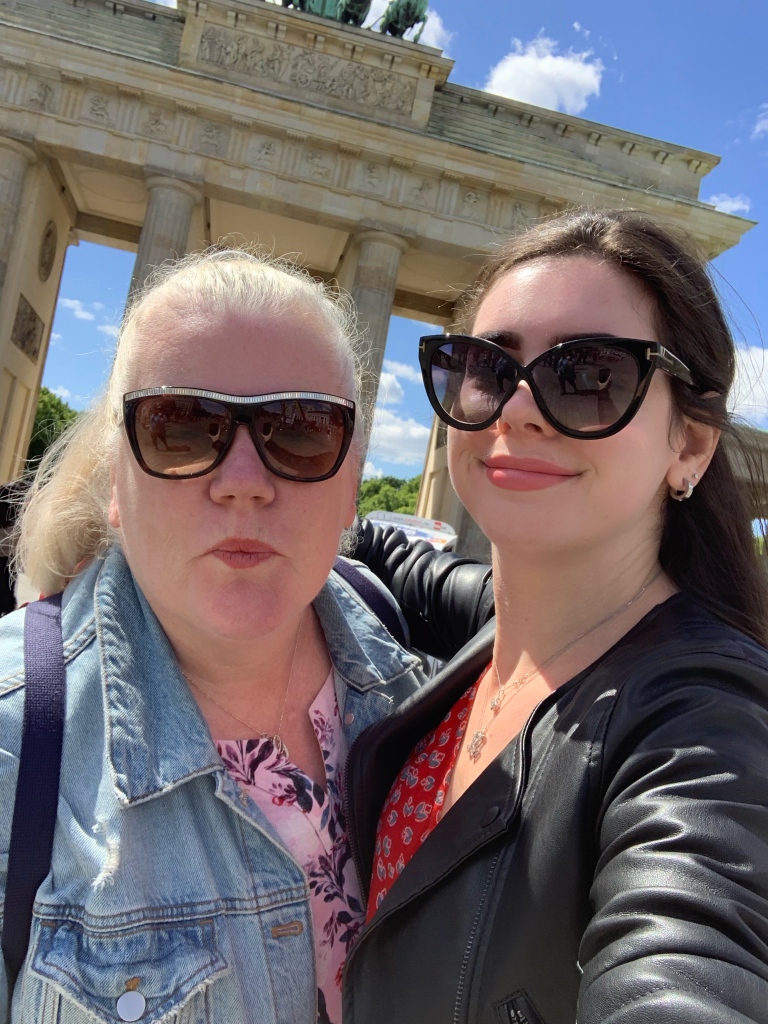 Walking through the Memorial to the Murdered Jews of Europe was quite a surreal feeling as you could sense the oppression amongst the grey walls. After the tour, we came back and went down into the museum where we learnt a lot more about the history. 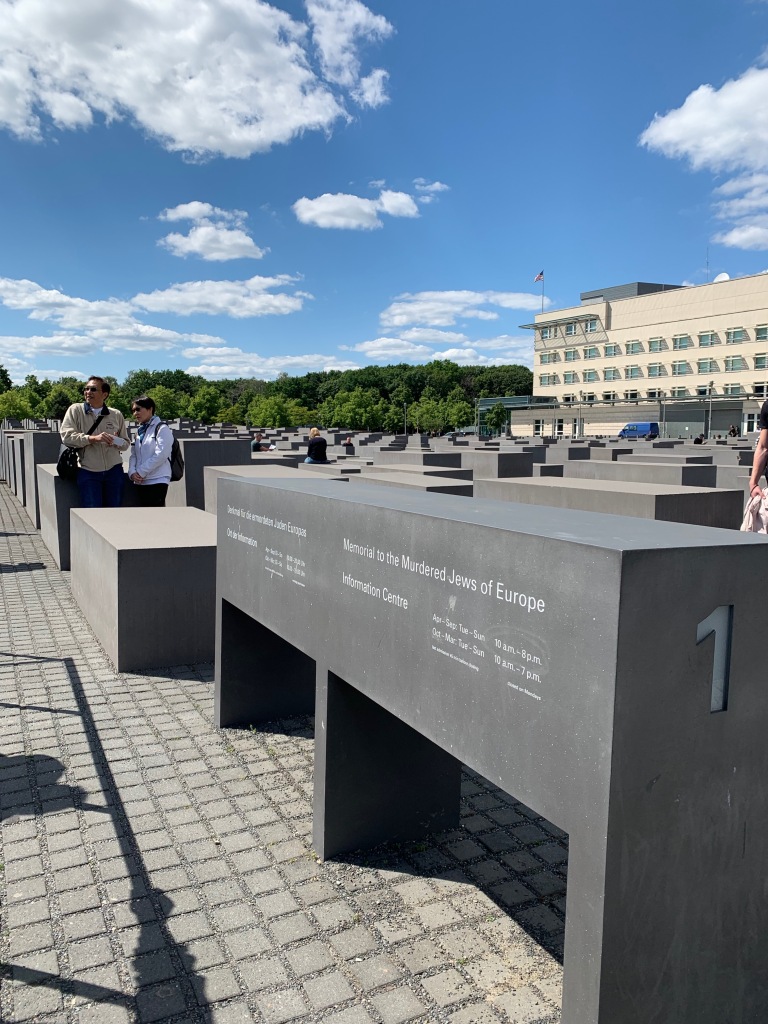 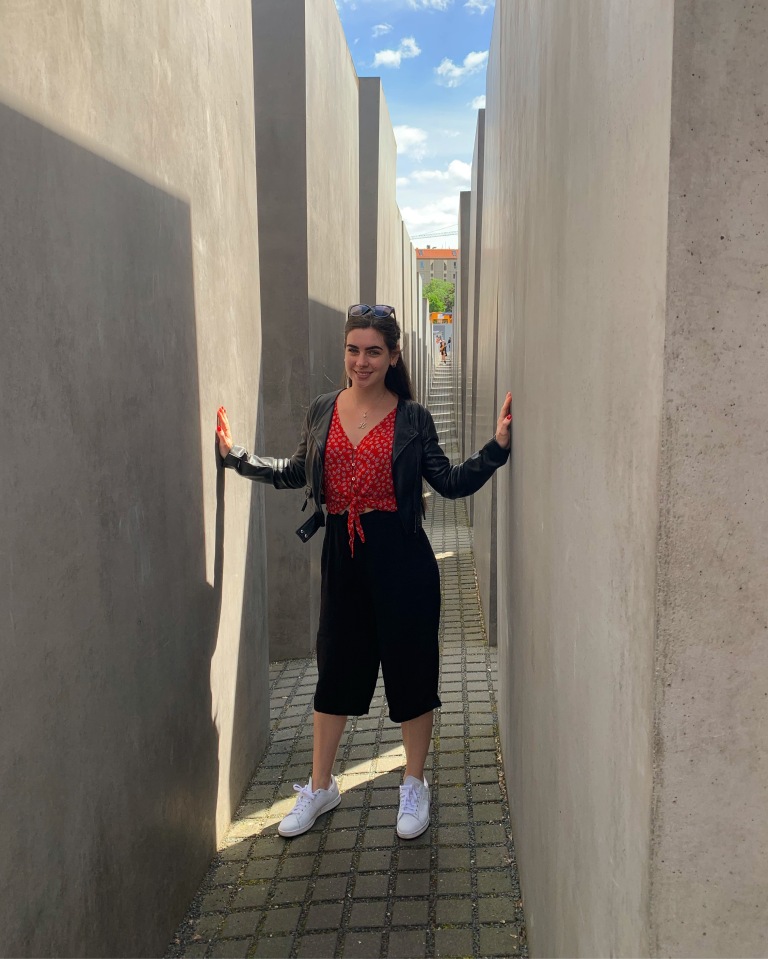 We then stopped off for a snack and I tried Currywurst which I’ve never had before in any other Germany cities – It was soooo good! 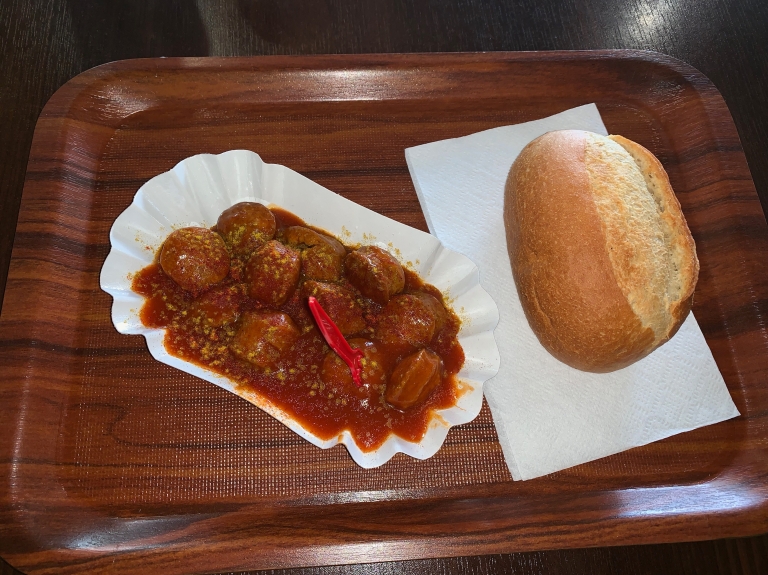 We carried on with the walking tour where we visited several other important sights and learnt so much about the history of Berlin. It was fascinating and so interesting to listen to.

After the tour had finished, we walked to the Mall of Berlin to have a look in the shops and get some lunch. The Mall was really nice and they even had a giant slide right in the middle of it! So cool. 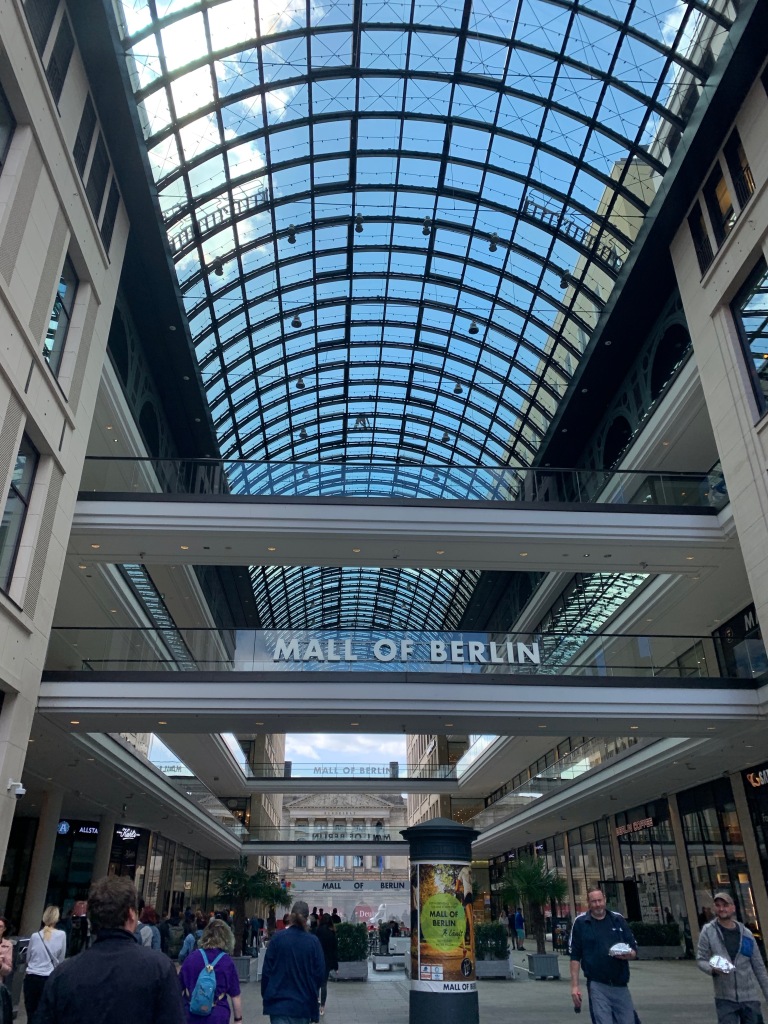 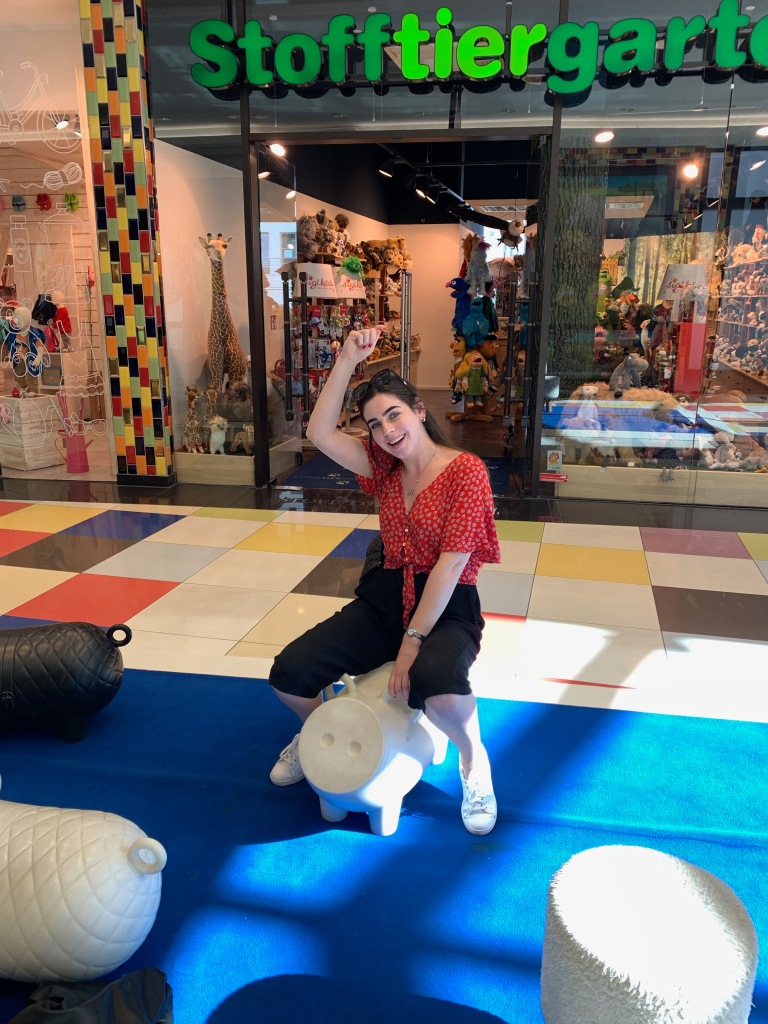 After this, we went to the Topography of Terror museum which was nearby, followed by Checkpoint Charlie. 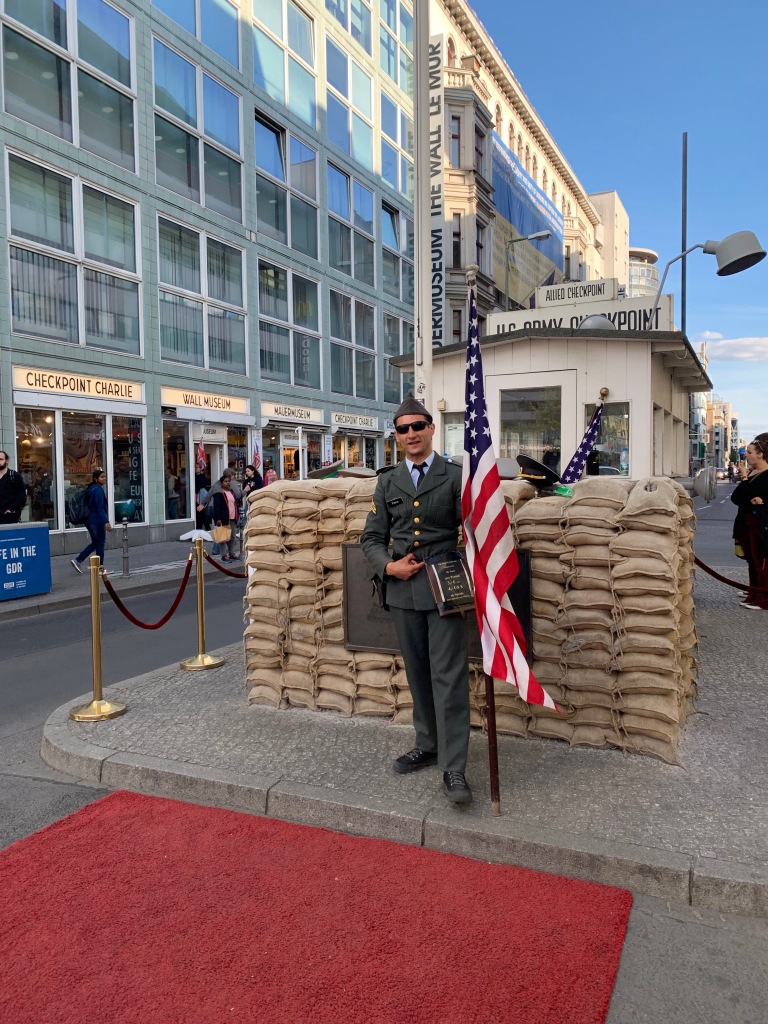 On the way back to our hotel, we stopped off to have a look in the Hotel Adlon Kempinski which is one of the most famous, and expensive hotel’s in Europe where everyone from the Royals to Michael Jackson has stayed. My mum got talking to the reception staff and somehow, we managed to get a private tour of two of the best rooms in the hotel including the Royal Suite where Michael Jackson notoriously swung poor baby Blanket off the balcony!!!! I wish I took some sneaky pictures inside the suite, but it was beautiful and so over the top! 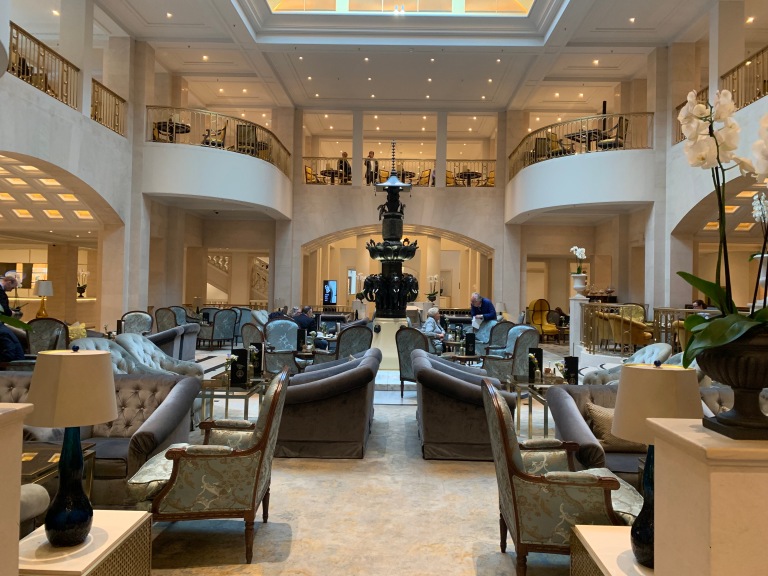 We then returned to our hotel, had some soup for dinner downstairs in the restaurant and then got some sleep before our last full day of exploring. The next morning, we had a later start which was nice as we were both feeling pretty exhausted from all the walking. Next door to our hotel was a restaurant called Hofbräu Berlin which was a typically Bavarian style restaurant that had an amazing breakfast/lunch buffet on. It’s a shame we’re not beer drinkers though as we opted for a pint of tap water instead of beer!! 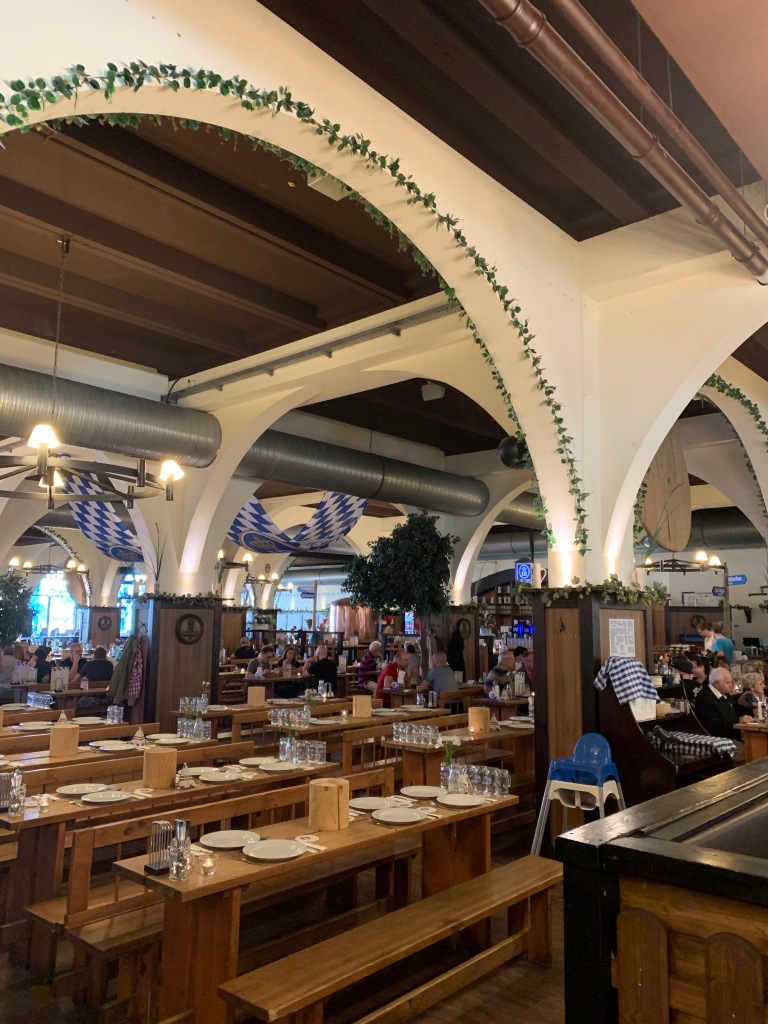 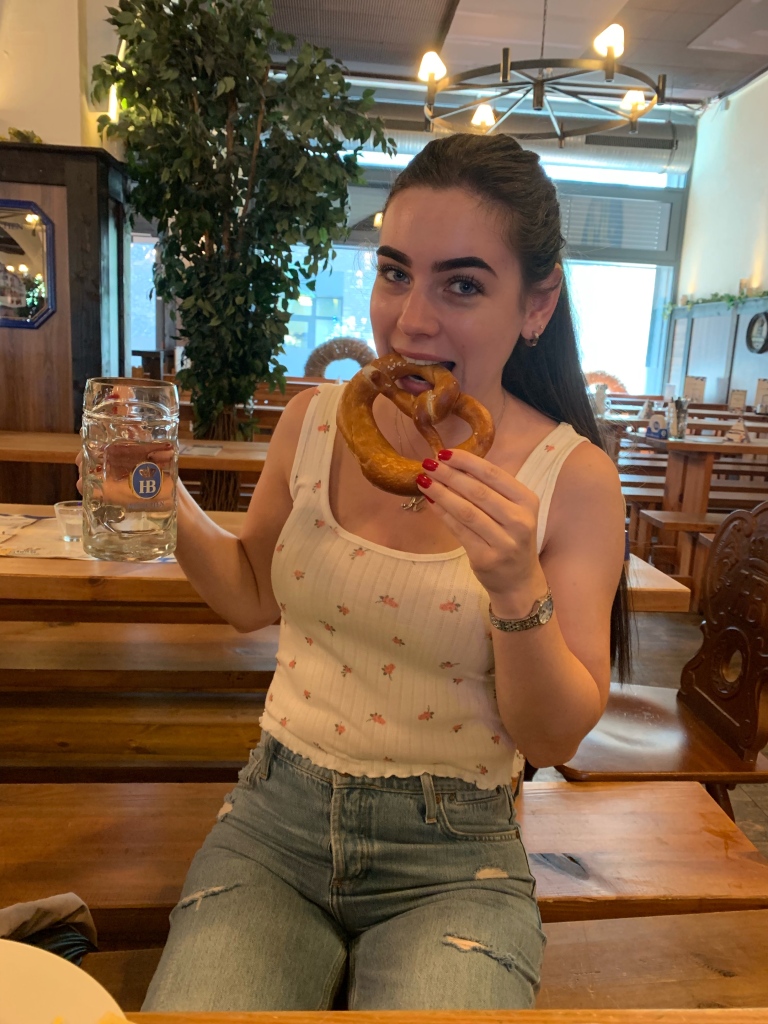 We then did a river cruise as the weather was so beautiful and we wanted to chill out and not do as much walking. It was definitely one of the highlights cruising down the River Spree! We also learnt lots about each of the different buildings that lined the river.

After the cruise, we walked along the river stopping off at a few more sights. We then did the Hop On Hop Off bus tour of Berlin as there were just a couple of last minute places that we wanted to see. 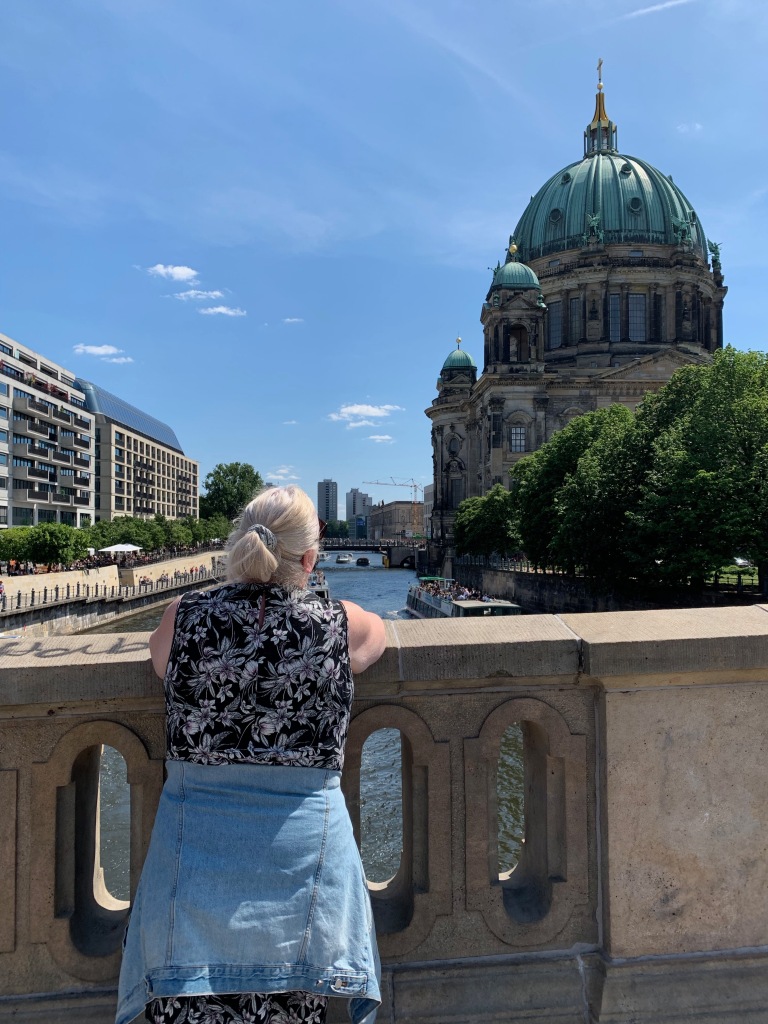 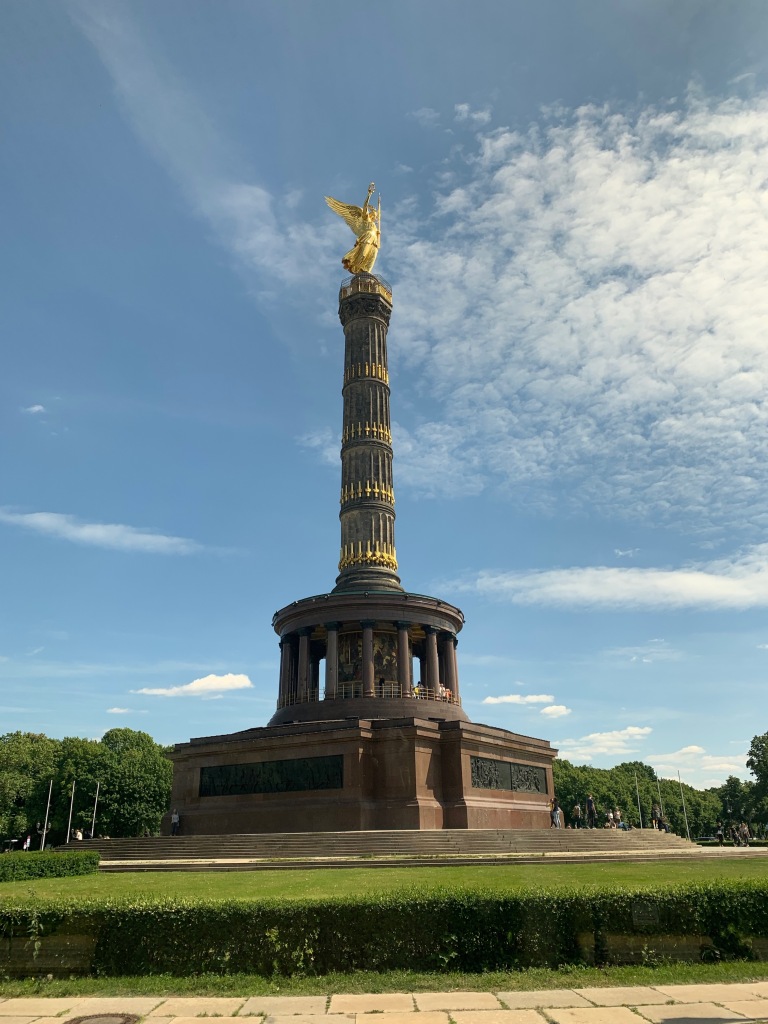 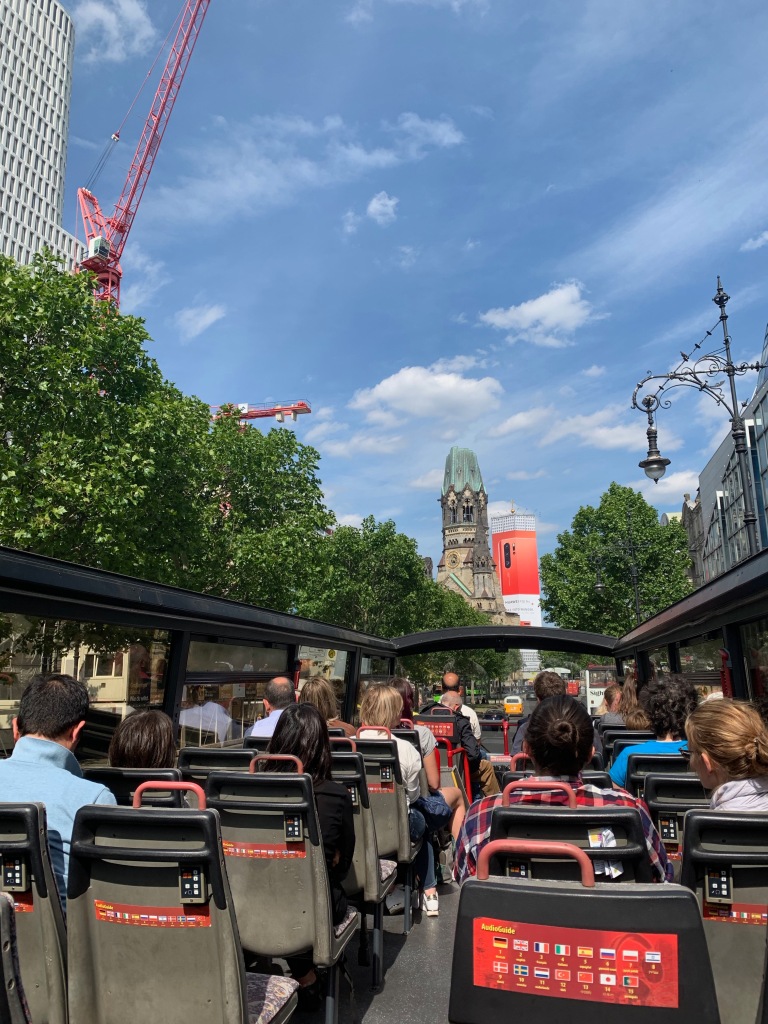 Our last and final stop of the day was the East Side Gallery as I wanted to see the famous wall art graffiti. It was really nice walking along the wall looking at all the different types of art. We stopped off for some dinner afterwards in an Indian restaurant which was so good and the perfect ending to such a nice little getaway. 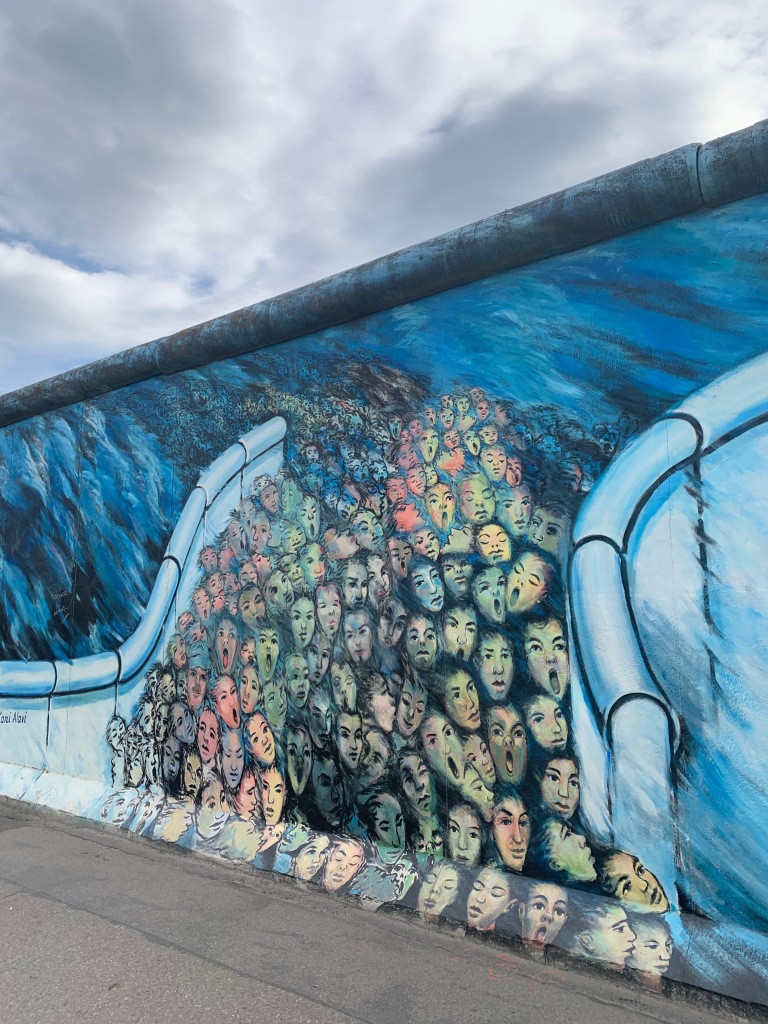 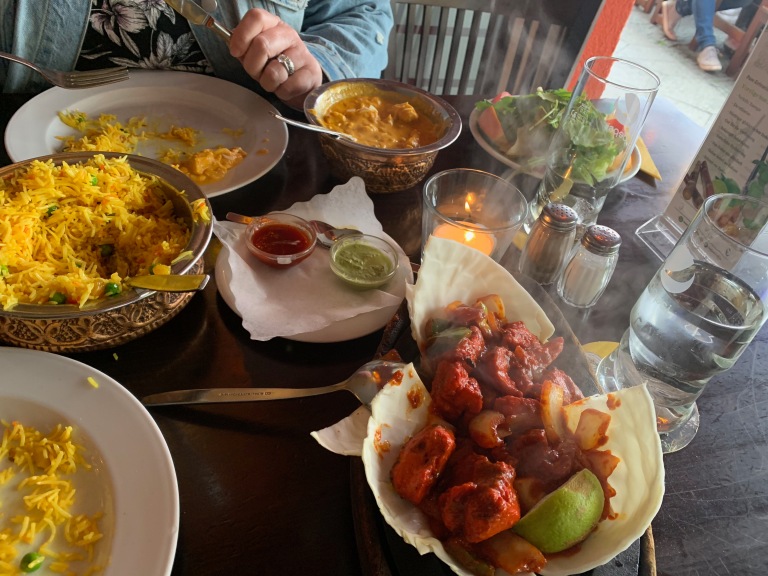 And that was everything we got up to during our 3 night city break to Berlin! We flew back to London City airport the next morning and then I flew back to Dubai the same night as I had to go back to work the following day. I had the most amazing time in Berlin with my mum and I am so glad we got to spend some time together in a new city. It was also so nice to spend longer than 24 hours somewhere and have really good company! I wish all my layovers could be like that too! I also loved Berlin and couldn’t recommend the city enough.

Now back to Dubai and back to work!