Back to Kuala Lumpur I go! This time, I was flying on the A380 and the flight times were different. The flight was great and I flew with an English girl called Jess who had only joined a week before me so we were both in the same position and helped each other out lots.

We arrived at the hotel in the afternoon, and this time, I had a beautiful view over the city. Jess and I met downstairs an hour later and got some dinner in the shopping mall next door.

We planned to go to the Batu Caves early the next morning, so we decided to have an early night and catch up on some sleep.

I was up early the next morning and went downstairs for breakfast with Jess. The breakfast was amazing and only cost about £3! We ordered a taxi from Grab (the Asian version of Uber) and made our way to the Batu Caves.

This time, the weather was beautiful and not a bit of rain in sight! We got to the Batu Caves around 8:30am which was perfect as it wasn’t too crowded.

The Batu Caves is a limestone hill, made up of a number of caves and also cave temples. The Batu Caves are one of the most famous Hindu shrines located outside of India and they are dedicated to the Lord Murugan.

There are 272 steps up to to the entrance of the caves and recently they have been painted all different colours. It is a beautiful sight and well worth the hike!

Inside the caves, there are various shrines and temples. The caves are also full of monkeys! They roam around free as anything and are not vicious at all. We was watching them for ages! 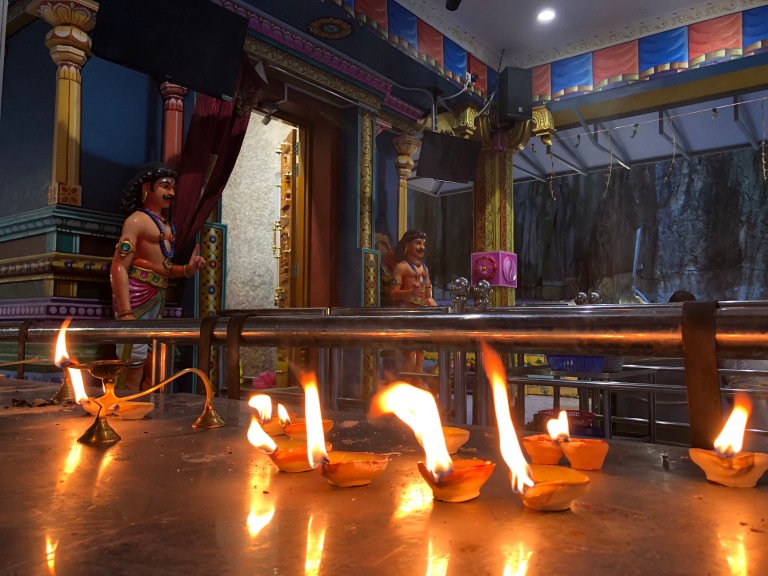 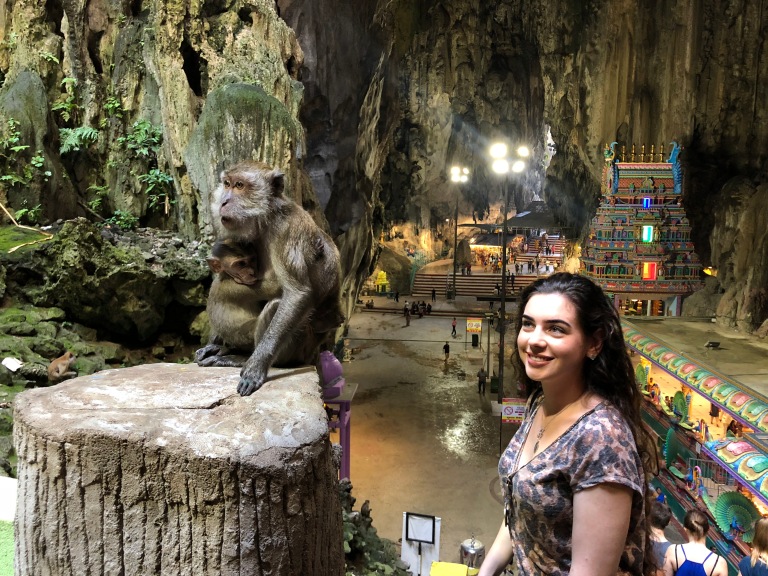 After the caves, we still had lots of time before the wake up call so we decided to chill out by the pool in the hotel for a few hours. The weather was still lovely so we went for a swim and then got some lunch. The perfect ending to a layover! 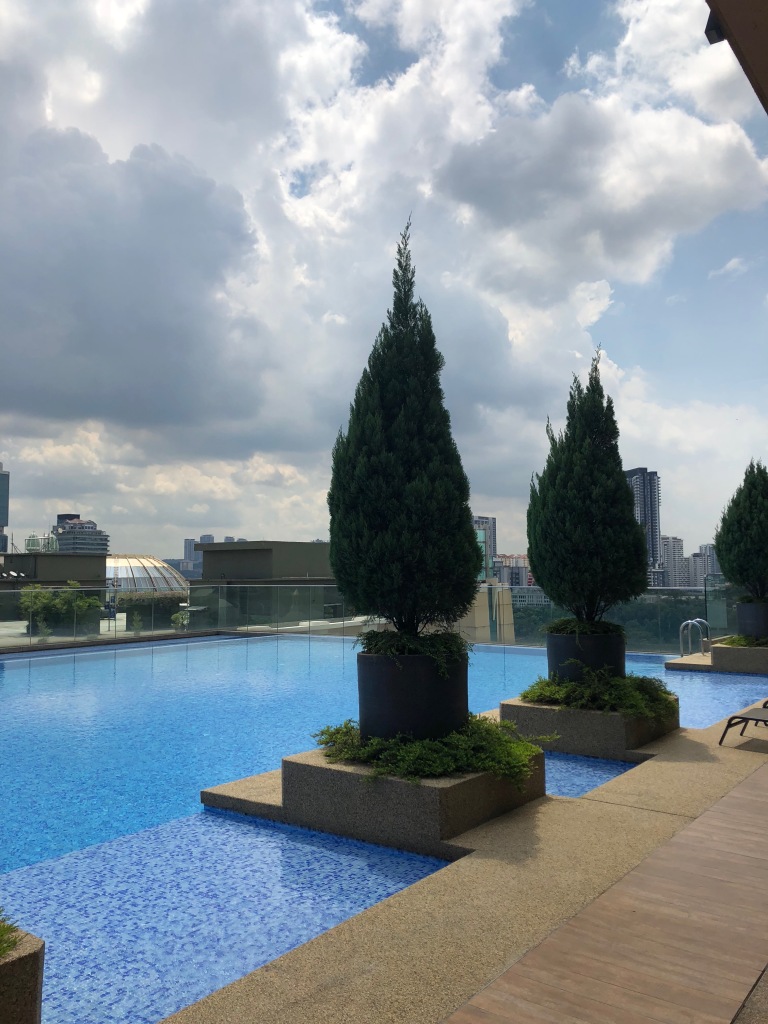 I had such a great time in Kuala Lumpur, and I’m so glad I got to come back and visit the caves this time around!